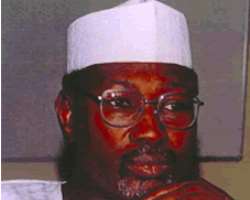 The Peoples Democratic Party (PDP) may have shot itself in the foot with the announcement of cancellation of its primaries in some states and subsequent order for rerun as feelers indicated that the party might not be allowed by the Independent National Electoral Commission (INEC) to field candidates to contest in those constituencies.

Some opposition parties led by the Labour Party are insisting that PDP has lost the chance to field candidates for all the positions in the constituencies where its national leadership had declared cancelled because it presumed that the primaries fell short of meeting the minimum requirement warranting their cancellation.

The PDP, it was gathered, was already perplexed on the development and was yesterday making frantic effort to change the commission's mind on the issue by citing Section 31 (1) of the Electoral Act which provides for the submission of nominations by political parties not later than 60 days to the election.

However, the commission had also replied that it was vested with power to regulate electoral activities and conduct of the parties as well as the framework for the conduct of the elections.

Chief Press Secretary to the INEC chairman, Kayode Idowu in response to this in an interview with Daily Sun explained that he was not aware that the commission had changed the timetable to allow for primaries beyond January 15.

For those claiming that the parties had right to conduct primaries till January 31, Idowu argued that what they did not know was that the INEC timetable was the guidance provided by INEC for all players in the electoral system including the political parties. He stressed that the timetable was not just a schedule but had a force of law which must be obeyed to the letter.

Labour Party Chairman, Dan Nwayanwu, who was leading opposition against post January 15 primaries said the issue was a matter of law as provided for in the Electoral Act for the INEC to serve as a regulator of political activities and that it was the same timetable which was given to the PDP that other remaining 62 political parties worked with and conducted all their primaries in compliance with the January 15 deadline.

He warned that anything short of rejecting PDP's rerun primaries' candidates by the INEC would be termed to mean bending the rules to favour PDP which other parties would not subscribe to.

According to him, his party and other opposition parties would head for court to challenge INEC should it bow to pressure to accept PDP's rerun primaries' candidates.

'What it means is that PDP has lost the chance to produce candidates for elections in all the places it has declared the primaries cancelled and we have it on record and we will watch things closely.'

Nwayanwu vowed that even if other parties back out, the Labour Party would go to court. 'PDP has no candidates for all areas where it has cancelled the primaries initially. It is a matter for law and only the law can settle this.'

National Secretary of National Conscience Party (NCP), Dr. Tanko Yussuf aligned his party with Labour Party's position, insisting that since there were rules and guidelines, which the INEC timetable represents, and which the political parties were expected to follow 'then it should be applied strictly.'

He contended that the PDP had automatically lost the chance to present candidates for the constituencies where it had rerun primaries because it ran contrary to the prescribed guidelines in the timetable. 'If PDP had problem with its primaries, it should have gone to INEC to explain its predicaments not just deciding on its own to hold the primaries anytime it liked.'

Leaders of the PDP were seen yesterday at the INEC office having series of meetings with INEC officials, but sources disclosed that their pleas for the consideration of the rerun candidates had largely fell on deaf ears.   PDP had ordered rerun of primaries for Kogi and Kano governorship seats, and in some other senatorial and House of Representatives seats in other states.