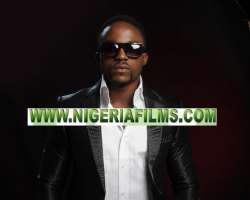 LAGOS|NIGERIA - The past months have been rough and hard; with the loss of his mother, and his only brother.

Now alone and in the cold, the singer is holding tight to his music – his only source of warmth and hope.

And after months of working hard to find his voice again, the ladies�man is back in full circulation, getting ready for his second body of work.

With two singles already rocking radioland, and a video (for I'm the one) already on the way, the first-ever PFWA winner says he's grabbing 2011 with both arms, putting his best foot forward to make sure he records a spectacular outing this year.

'I've practically been living in the studios for months now', says Iyanya, who recently signed up with Lagos-based label Buzz Avenue. 'It's been a period of mixed blessings for me – on one hand I'm getting such amazing support for my career, and I'm humbled by the growth I've recorded since I won Project Fame in 2008. But on the other hand, I've had to deal with the loss of my entire family: My dad, my brother, and my mom. It's really more than I can handle, but I thank my friends, fans and the media for standing firm by me'.

Now putting all that behind, and working to make his departed ones proud, Iyanya has teamed up with Wazbeats, TY Mix and other producers to develop an album that he says 'everyone will be proud of'.

As a sign of some of the stuff to come, he paired up with Rita Isokhen (of Koko Mansion fame) last December, to deliver a dramatic performance during the Rick Ross concert in Lagos.

'We're thinking outside the boss', he says. 'And that will reflect in everything you see on this new album; from my style, to the music, the videos and performances…'

The singer's yet-to-be-titled second album is expected in a matter of months.