THE PAINS OF A CHRISTIAN FANATIC 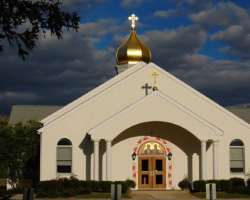 I really wonder why one Nafata Bamaguje, an anonymous Christian fanatic, should use my article, Southern Sudan, Welcome to Freedom, as a lever to attack Islam in his usual fanatical way. He could not even realize how he fell from being impressed by my article to abusing my religion. There is a distinction between Islam and Arabs just as there is between any religion and its adherents. In that article, I have shown how the Prophet (peace be upon him) condemned racism. Otherwise, why would I have written the article in the first place?

Below is my short reply to him. But I have included his article at the tail to educate my readers on the presence of this class of fanatics who live in the pain of seeing the flourishing status of Islam in spite of their propaganda. To our nation, they are a problem, not a solution. In addition, a fanatic is a disgrace to his religion. Nafata is clearly suffering from a pain for something he cannot change - his birth in our midst as a Hausa pagan.

Equating a religion with its adherents is a fallacy, undertaken only for subjective purposes. I wonder which religion can deserve such abuse. Can we even in our slightest imagination ascribe Apartheid South Africa, Nazi Germany or Hiroshima to Christianity or Jesus? Muslims are trained not to abuse even idols, let alone the People of the Book. But about the abusive nature of Jewish and Christian extremists, the Quran has foretold Muslims and asked them to persevere because it will be ineffectual in denting the image of Islam.

True. Despite the abuses, there are many more converts to Islam from christianity than it is vice-versa, the latter being statistically insignificant for fourteen centuries now. The secret is that there is power in silence. "The lion", said Imam Shafi'i, is feared despite his silence, but the dog is stoned in spite of his barking.

There many things atheists quote about the Bible on its injunctions that desecrate the sanctity of life and dignity of the human person. One can easily copy and paste them out of context as Nafada does with the verses of the Quran. It does not require any intellectual effort. But would that impress God and cultivate better understanding? No. A Christian extremist has a lot of work to do on those sites o, not here. If those sites are far, Bamaguje can please address his Christian extremism with Dr. Valentine Ojo, who is his perfect match in the shame of abuse. I assure Bamaguje that he will have a lot of task defending his fanaticism before Dr. Ojo.

The problem of "Nafata Bamaguje" with Islam and Muslims is clear. He is born amongst the people he hates, unfortunately. He cannot claim another place. So disturbed is he that he cannot even answer his name in public. He can only hide behind an anonymous name, Nafata Bamaguje. I wonder how someone would decide to choose so much pain for himself. Worse still, he attempts to share that pain with others who consider him too immaterial to pay him any attention. And his pain increases any time they ignore his barking.

I advise people to continue to adopt such strategy against any provocation from these fanatics. Ignore them. That will increase their fury. "Say, 'Die in your fury. God is aware of the contents of (your) hearts."

I was impressed by your recent article - South Sudan: Welcome to Freedom. It was totally out 1of character for Black Muslims who by virtue of their mental enslavement to the Arab pseudo-religion – Islam - are generally subservient and defer to the Allah’s chosen race.

That’s why Muslims here in Arewa organize demonstrations and write a lot of hogwash in Northern newspapers about the self-inflicted plight of Palestinians, but virtually no whimper ibleabout the genocidal ethnic cleansing of Black African Darfuris from their land by the racist Arab occupation in Sudan. Never mind the slave raids and other atrocities inflicted on non-Muslim south Sudanese.

Since Black Muslims have constituted themselves into fifth columnists for their Arab masters, we Africans lack the unity of purpose and resolve to combat the racist Arab supremacists enslaving our Black brothers & sisters in Mauritania and Sudan, as we did against Apartheid. Not surprisingly, the AU is against the ICJ indictment of Sudan’s genocidal Omar el-Bashir.

Many of the racist Islamo-Nazis in Sudan are actually Arab wannabes rather than real Arabs whom we all know are semitic Caucasians. But due to some perverse reversal of the “one-drop rule” that defines Black Americans, many Muslim Black Africans in Sudan automatically consider themselves superior to other Africans if even one of their distant ancestors was Arab.

Other so called Black Arabs are descendants of Black African slave women raped by Arabs in compliance with your vile Quran (23:1-6, 70:29-30).

Saudi Arabia the home and bastion of Islam only abolished slavery in 1962 under Western pressure. Up till this day, the Arab/Berber occupation in Mauritania still enslaves Black people. If Islam were truly against slavery, that inhuman practice wouldn’t have persisted for over 14 centuries in Dar-ul Islam (Muslim world), and long after it has disappeared elsewhere.

Check out northern neighbor - Niger republic – another haven of Islamic slavery. You remember the famous case of Hadijatou Mani, the Niger slave girl who was sexually enslaved at the age of 12 for over a decade and later took her Muslim nation to ECOWAS court for failing to protect her. She was just one of ten thousands of slaves in that Muslim West African country.

Even in the oil rich Gulf Arab states, every once in a while we hear reports of Arabs sexually assaulting their Phillipino or Bangladeshi maids and refusing to pay them. After all the Quran authorizes Muslim men to sleep with their maids (Q 23:1-6, 70:29-30) as your “prophet” reportedly did with Maryam – a maid of one his wives.

Prophet Mohammed himself had slaves, and the racist prophet valued his Black slave less, as a Hadith informs us he bartered two of his Black slaves for a white one (Sahih Muslim 10:3901).

Accordingly, Arabs trafficking in Africans operated the world’s largest slave market in Zanzibar, until the British shut down that inhuman bazaar under the threat of naval bombardment in the late 19th century.

Personally, I’m not too impressed by the story of Bilal, which Black Muslims froth about. First of all Bilal was exchanged for another Black slave when Abubakar (Mohammed’s associate) supposedly purchased Bilal’s freedom. So it wasn’t really that Mohammed cared a hoot about Black slaves, it was just that Mo’ was desperate for followers during his early prophetic career, and even a disgruntled Black slave seeking a short cut to “freedom” would do.

I put the word “freedom” in quote because Bilal was never really free. According to another Hadith your “prophet” Mohammed stated that "The freed slave belongs to the people who have freed him" – Sahih Bukhari 8:80:753

In other words despite his purported “freedom”, Bilal was still the property of Mohammed and Abubakar. That’s why in those days when there were no loudspeakers, Mo’ gave Bilal the ardous task of shouting at the top of his voice 5 times a day calling Muslims to prayer - fitting job for a slave. I have little doubt that that our misguided brother, Bilal must have come down with some form of chronic laryngeal disorder later in life.

In your article, you wondered why there isn’t a large thriving Black population in Arabia as in the Americas, despite over 14 centuries of Arabs enslaving Africans compared to just three centuries of Trans-Atlantic slave trade.

Boys were castrated so that there were virtually no fertile adult Black male slaves to breed with Black women. In fact many of our enslaved Black brothers men had no pennis at all, as the crude castration surgery sometimes involved penile amputation.

This racist prohibition of Negroid procreation by your Arab masters is why there are no large Black populations in Arabia.

As for your assertion that other light skin races look down on us, we Black Africans are partly to blame. See how we’ve messed up our blessed country – Nigeria – which by now, with our abundant endowments ought to be the most technology advanced Black nation rubbing shoulders with Western world?

Look at Haiti, the first independent Black nation, older than several European nations yet is another disgrace to the Black world. As long as we continue to underachieve, no one will respect us.

99% of Black people identify themselves as Christians or Muslims. We subscribe to bogus alien dogmas that demonize our ancestral heritage as “heathen”, “pagan”, “Kaffir”; while teaching us to glorify alien races – Arabs and Jews. If we have no pride in whom we are - Black Africans – and despise our own heritage, we will never command respect.

We mostly bear foreign names (Arab, European, Jewish), we prefer foreign languages as lingua franca, we apply chemicals to our hair or cover it with wigs as we ashamed of our unique Negro curls. Those of us with narrow pointed nose and fairer complexion are more beautiful. In other words the more Caucasian we look the better.

We worship alien gods (Allah, Yahweh) that have pitted us against each other. Hence we discriminate, persecute, kill and now even bomb each other under the toxic influence of these intolerant alien creeds.

Given this pervasive inferiority complex that is inimical to realizing our full potential as a people, we try to reassure ourselves with vacuous platitudes like “Black is beautiful”, “I’m black and proud”. But actions they say, speak louder than words.

If we truly believe “Black is beautiful” and are genuinely “Black and proud”, we wouldn’t be trying so hard to be White (Arab, Jew, European). We wouldn’t deliberately destroy our indigenous African heritage at the behest of bogus intolerant alien dogmas.

The Black world is culturally disoriented and spiritually lost. Until we proudly embrace our Black African heritage and identity, we will remain the underachieving dregs of humanity, despite our abundant individual talent.

My dear Tilde, if you do respond to this write-up - particularly to my accusations against your false religion - please refrain from your usual silly “Christians did it too” line, just to score cheap political points, but which does absolutely nothing to address the global Islamist nuisance today.

Christian Arabs aren’t enslaving Africans in Mauritania and Sudan. Nor are Christians sexually assaulting little girls on the grounds of religious sanctioned “marriage”, and hijacking passenger airliners “in the name of Jesus” then flying them into skyscrapers.

I expect a more intelligent response from a PhD holder. Unless of course Islam can’t be defended on its own merit…as it has none!!