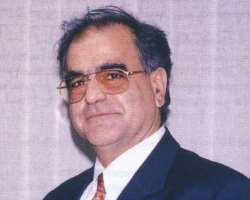 Visionary and politician, intellectual and activist, Mr. Yahaya Ndu is member of the National Committee of the African Unification Front (AUF), and spearheaded many initiatives aiming at eliminating colonially-imposed tyranny, military dictatorship, cultural alienation, socio-behavioural disintegration, historical denigration, and identity confusion from Africa. Struggling in the first line of the front against fallacious, colonialist historiography, neo-colonialist involvement, policies and practices, Mr. Yahaya Ndu defends the cause of reparations for Africa. His interview bears witness to new theoretical and intellectual trends that emerge in Nigeria, to prevail throughout Africa and thus herald a great future for the entire Black Continent.

Today, I publish the second part of the interview, and in several forthcoming articles, I will complete the series.

5. How did you feel personally your identity of African, intellectual and statesman, and what is Africa's role in today's global world, according to your "Weltanschauung"?

The United Nations has been shown to be nothing but an outer cloak of the US, and is totally incapable of acting against the dictates of the US.

Africa is the continent that is morally positioned to take over the role that the US has erroneously ascribed to itself over the past centuries.

Africa is first of all the father and mother of Humanity in the sense that it has been proven beyond any reasonable doubts by scientific and historical facts and finds that the entire Mankind started in black Africa. Secondly, civilization started in Africa, and in other words Black Africa taught Humanity all it knows.

Thirdly, no people have suffered as much as Black African did in the hands of other races on earth, and in this sense, Black Africa is the conscience of the world. All these elements make of Black Africa the natural candidate to assume the role of the policeman of the world.

I look forward to the emergence of a self-sufficient, self-reliant Africa that will be in a position to grant aids to other parts of the world. I want to see the rise of an Africa that is industrialized enough to manufacture all her needs; I believe in an Africa normally and naturally looked upon by the rest of mankind as able to settle all global issues.

"The European Renaissance was a result of a resurgence of new ideas from European students of primo, the African old school of Egypt, such as Pythagoras, Plato and Socrates, and secondo, the Zoroastrian Magi of the Middle East.

6. What is your evaluation of the existing borderlines in Africa, and to what extent do they represent an imperative reality or a righteous situation for you?

Yahaya Ezemoo Ndu - The realities of the Berlin Conferences of 1883 - 1885 and the grave distortions these conferences brought about in the lives of the peoples of Africa are no secrets to anyone. The present borderlines of the African nations are due to the partitioning of Africa in the Berlin Conferences, and were occasioned by the economic and political interests of the colonial powers. These borderlines were arbitrarily drawn, without any recourse to the cultural and historical affinities of the diverse peoples of Africa. The borderlines are indeed the main responsible for the incessant crises that have bedeviled the African continent.

So, to answer your question directly, my evaluation of the existing borderlines in Africa is that they are criminally, wickedly, selfishly and atrociously instituted, and that they must be redressed.

7. Would you briefly describe to our readers the political ideology and the principal political targets of your party?

Yahaya Ezemoo Ndu - According to Nelson Mandela, Africa has gone beyond bemoaning the past for its problems. The task of undoing that past is ours, with the support of those willing to join us in a continental renewal. We, the Africans, must take responsibility for our own destiny, if we really want to uplift ourselves by our own efforts in partnership with those non Africans who wish us well.

However, the truth is that Africa cannot possibly renew herself within an ugly context in which all the upper echelons are mere parasites on the rest of society in every African country, enjoying a self-endowed mandate to use their political power in a way to ensure that our poverty-stricken and underdeveloped continent reproduces itself as the periphery of the world economy, being always incapable of development.

The African Renaissance demands that we purge ourselves of these parasites and maintain a permanent vigilance against the danger of this rapacious stratum being entrenched in the African society; its debased social morality brings about an unacceptable situation according to which everything in the society must be organized materially to benefit the few.

The African Renewal demands that African intelligentsia carried out the gigantic task to end the poverty, the ignorance, the disease and the backwardness; the African intelligentsia must be inspired by the fact that the Africans of Egypt were in some instances two thousand years ahead of the Europeans in the mastery of such subjects as geometry, trigonometry, algebra, chemistry, astronomy, medicine and natural sciences.

The beginning of the African Rebirth throughout the continent must be our own rediscovery; we must find again our soul, which was immortalized since the Dawn of the Mankind in the great monuments that encapsulated knowledge and wisdom altogether, nanely the pyramids and sphinxes of Egypt and Ethiopia, i.e. Ancient Sudan, the steles (hawalti) of Axum, the ruins of Carthage and Zimbabwe, the rock inscriptions of Somalia, the drawings of Tassili in the Atlas region, the paintings of the San, the Benin bronzes and the African masks, the carvings of the Makonde, and the stone sculptures of the Shona.

The Rebirth of Africa will not occur overnight. It will naturally take some time. The African intelligentsia, wherever they may reside and originate from, must undertake the systematic re-establishment of the History of Africa as an unbiased discipline of Humanities, purified from all the Western fallacies, schemes and preconceived racist concepts. They must reinterpret the African Past, implement their conclusions at the levels of the African Primary and Secondary Education, publications, and average culture, and ultimately enable all the Africans to better understand how and why we fell and we came to be where we are right now. Their task is therefore not a merely academic responsibility but a social mission of awareness raising and resource mobilization so that a greater number of African, if possible all, participate in and contribute to the African regeneration process.

We, at the African Renaissance Party, believe that all the systems of governmental practice currently undertaken in Africa are fundamentally defective and constitute basic reasons for holding the existing potentials in bondage. Our party aspires to institute a mass participatory system of government that will bring about efficient, responsive and responsible governments that will subsequently unleash the creative and productive potentials of the people, thus catapulting Africa to where our continent belonged already at the Dawn of the Mankind.

The African Renaissance brings forth a genuine effort to address the need of people for identity, integrity, and self-knowledge; making of our lost literatures and scriptures from all over the continent the focal point of tomorrow's African average education and culture means that we guarantee for our children a bright future and that we make sure that they will not be another wasted generation. Everything we have so far studied tells us that we, Africans, are meant to be teachers of the rest of the world and leader of the Mankind in the path toward true Knowledge and Wisdom.

Dr. Nnamdi Azikiwe tells us in his books the Renascent Africa will "educate the Renascent African to be a Man. Tell him that he has made definite contributions to history. Educate him to appreciate the fact that iron was discovered by Africans; that the conception of one God was initiated by Africans; that Africans ruled the world from 763 to 713 B.C.; that while Europe slumbered during the dark ages, a great civilization flourished on the banks of the Niger, extending from the salt mines of Taghaza in Morocco, to Lake Chad right to the Atlantic; Narrate to him the lore of Ethiopia, Ghana, Melle, Mellestine and Songhay.

Let him realize with the rest of the world that while Oxford and Cambridge were in their inchoate stages, the university of Sankore in Timbuktu welcomed scholars and learned men from all over the Moslem world".

Mass Participatory Government
"Only through the direct and continuous participation of all citizens in political life can the state be bound to the common good or general will".

8. In a paper presented at the occasion of the Badagry Folk Festival, last August, you stipulated a Cultural Renaissance is a 'priority challenge' for Africa in the 21st century. Why so?

Yahaya Ezemoo Ndu – According to an old saying, “there is nothing new under the sun”. That being so, I may bold to say that the true solutions to all the problems confronting the peoples of Black Africa today can be found in the cultures and traditions of ancient Africa.

The African Cultural Renaissance today will signal the reintroduction of African solutions to African problems; and this is of the utmost importance. .

The African Union in its wisdom has seen it fit to dedicate this year and next year to African Cultural Renaissance because that august body has come to recognize in our ancient and surviving cultural treasures the wisdom that our African forebears left for their descendants.

"Needless to say, there is an urgent need to redefine the parameters of scholarship. Everything we have learned will have to be unlearned. By the time the timeless knowledge encoded in the Arts and Culture (symbolism, dance, masquerades, masks, body paintings, textile designs , wall paintings, architecture, folklore, sacred ceremonies, and especially the monoliths) of Africa and other aboriginal peoples of the world are decoded and deciphered, History itself would have to be rewritten, and science would turn its attention to the study of culture and cultural phenomenon, which would then appropriately become the subject matter of Quantum physics.

We must divorce our minds from understanding the word 'development' as related to high elevation buildings and automobiles. True development is the maintenance of a divine state of order, equity, justice and contentment in a given environment or among the members of a social group. It is a society characterized by harmony and order between Heaven and Earth, and among the various sections of that society. Judging by these standards our modern societies, we safely conclude that they do not qualify to be called developed.