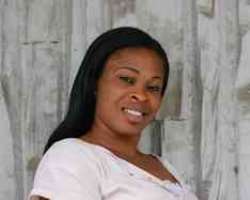 FEW days after an early morning fire gutted the male block of its artiste camp located just a few metres away from the snack and drinks bar (abe-igi) at the National Arts Theatre, Iganmu, Lagos, the National Troupe of Nigeria (NTN) lost one of its artistes, Janet Iluyomade. She was aged 29.

Iluyomade who was involved in a ghastly motor accident on Saturday around Ilesha expressway on her way to Ondo State to observe her annual leave, finally gave up the ghost this Tuesday evening after efforts to get her out of coma failed, stated a release signed by the Acting Artistic Director of the National Troupe Mr. Martin Adaji, signed on his behalf by Mr. Shaibu Husseini.

According to the release, “the dancer from Ondo state, famous for leading the Obitun dance, a frontline dance troupe from Ondo state is a staff of the National Troupe died at the University College Hospital (UCH) Ibadan where she was referred to from a hospital in Ondo town.”

Single, a Christian and a very talented artiste, the late Miss Iluyomade was born in 1982 into the family of Chief Adegbola; the custodian of the Obitun Cultural Troupe in Ondo State.

She was recruited from Ondo state in 2003 to join the National Troupe as a dancer for an initial secondment period of two years. But she excelled as a dancer and so had her secondment period extended thrice. Until her untimely death, there was no dance performance without the light complexionsd artiste whose hobbies included singing, dancing and playing football.

Adaji who dispatched a team to Ondo as soon as it was reported that the artiste was involved in the accident expressed shock at the development. He described the late Janet as “humble, respectful, talented and resourceful,” adding that in her last performance, as a maiden in Mike Anyanwu's The Contest - presented last December, during Christmas holiday at the National Theatre - was splendid.

His words: “She shone like a star and was one of the star dancers of the show. She always puts on this infectious smile anytime she is performing the Obitun dance that has endeared her to many theatre lovers. She will be surely missed.”

Adaji assured that management will liaise with her family so as to give her a befitting burial.He added: “We did everything humanly possible to keep her alive as soon as we heard of the unfortunate incident. We were working on moving her to Lagos but we were advised that it was not safe medically to do so because she was in coma and had to get out of it before she is moved. We felt relieved when she was transferred to UCH in Ibadan but she gave up there. May God grant her rest.”

Her body has been deposited at the UCH morgue. Her burial arrangement will be anounced later by her family.

Meanwhile, the National Troupe has reitrated that no life was lost in the early Monday morning fire which razed the male block of the artistes' camp of NTN, but properties were lost by the artiste-occupants of the block, who were observing their annual break when it happened. The facility was completely razed before the arrival of men of the National Theatre's fire service who did their best to stop the fire from spreading to other blocks, particularly the two new blocks that is currently being renovated for their habitation.

Although the cause of the fire has not yet been established, preliminary enquiry indicates that it would have been caused by power surge in one of the rooms.

Adaji and members of his management team who visited the scene of the fire incident expressed suprise at the incident. “This has never happened before. I understand that efforts were made to put off the fire before it spreads but the windy (harmmattan) weather aided the fire to spread. But we thank God that no life was lost. We will set up a committee to investigate the cause of the incident' he said.