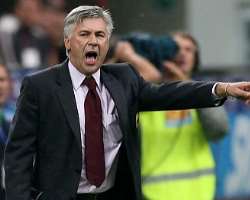 EVEN when his future looks bleak, Carlo Ancelotti insists that Chelsea is simply not good enough at the moment, but has the character to rediscover its form.

The Blues went down 0-1 to Wolves at Molineux on Wednesday night, Jose Bosingwa's own goal after five minutes deciding the contest, as their faint title hopes all but disappeared. The defeat made it one win from Chelsea's last nine league games, and places it nine points behind leader, Manchester United, having played a game more.

The Londoners missed several decent chances and hit the post through Didier Drogba, but stubborn Wolves was good value for its hard-fought win. Chelsea is in its worst run of form since the 1995-96 season and Ancelotti, who maintains that he does not fear for his job, is aware that better is expected and demanded.

“I think it's obvious we are not good enough in this moment,” Sportinglife quoted him to say. “But the team has the skill, the ability, the character, the personality to move on. It's important to stay compact, to stay together and to work hard for each other.”

Asked if he was confident that he was the right man for the job, the Italian added: “Yes, I know this team very well and I'm sure that this moment will change and we will be able to fight for everything this season.”

The AC Milan former boss admitted that the decision over his future could be out of his hands, though he does not have a meeting planned with owner Roman Abramovich.

“It's not my decision. I hope I can continue this job, because I would like to stay here and I have a good relationship with the players and with the club,” he said.