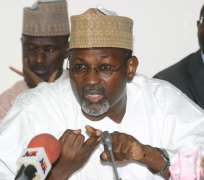 Nigerian President Goodluck Ebele Jonathan has promised firmly that he will deliver credible elections come 2011. He seems to be working very hard to convince everyone that he means business. He is often very quick to brandish the impeccable credentials of the electoral umpire in the person of Prof. Attahiru Jega. Everyone agrees that Jega is eminently qualified for the position but a functional system rather than an individual is what is needed to sanitize the Nigerian electoral process which has been a vehicle for electoral fraud over the years.

At the core of the malady are our electoral system, our dysfunctional political parties and campaign financing. Political parties are very essential ingredients in a democracy, I agree. I am told they connect (or are supposed to connect) the society to the state. They also serve as a platform (in countries where they function well) for recruiting political leaders for social integration, networking and seek political offices in a modern democracy.

Armed with this background I went to the INEC political party list and I saw 63 parties on the last count. Many of them unknown. A few weeks ago they were 57. The interesting thing however is that many of them have incomplete addresses, no logo, no web site and some even have no phone numbers. Yet they are supposed to field candidates in the next coming weeks and win elections. Curiously, they had all their officers’ names well written often reflecting the geo political balance. One will not look far to know that many of these so called parties exist on papers, among friends and families and dynasties. They are just waiting to collect the INEC subvention, share it and go underground again till the next election. But that is by the way.

President Jonathan recent and rather subtly announced automatic tickets for incumbent Governors under the Peoples Democratic Party (PDP). Never mind that the party denied it later in the day. But we could see through the ostrich game. May be there are serving Governors who deserve the ticket or who will emerge as “consensus” candidates but not all of them. Is it therefore fair to give both performing and non-performing Governors automatic tickets. What is implication of this to the so called commitment to free and fair elections? Is free and fair primaries not part of it?

Another issue related to this that is most worrisome is the issue of opaque political financing. I have been told that new electoral law has some clauses on it but nobody seems to care in Nigeria. Granted, money is very essential for democratic competition but it turns out in Nigeria that it is one of the biggest sores of our democracy. Money can distort any electoral process and so the sources of the funds, distribution and management of political funds ought to be made transparent. A President committed to free and fair elections must not ignore this. Cash is a big political weapon for those who have it. Many political entrepreneurs doll out large sums of money, purchase the soul of political parties and expect huge rewards for such investment. Many political aspirants are supported by moneybags and power brokers (a.k.a Godfathers) who bank roll their campaigns. These transactions are kept secret and the amounts spent are hardly disclosed. Indeed sponsorship is seen as a business transaction in which a patron must at all costs recover his investments in form of contracts and appointment of cronies into public offices. We Have seen situations in the past where a self acclaimed “godfather’ imposed an irrevocable payment order (IPO) on a particular state in the south east. This is still one of the key sources of political corruption capable of distorting electoral contests no matter how well intended they may be.

Political offices are therefore ‘zoned’ to the highest bidder. Any one who is unable to mobilize the huge funds required or convince a ‘God father’ cannot make any headway. The hazy political financing regime in Nigeria therefore gives undue advantage to incumbents, as they will be most likely dipping their hands into public funds to finance their campaigns. At least the so-called security vote. That is a direct way of emasculating opposition and a sure way to democratic caricature.

A time has come to give transparent guidelines both of the financial management of political parties but also on campaign financing. What are the sources of funding? Who are those that donated money? What has been spent and for what? What are the limits? President Jonathan must urge the new INEC to quickly look in this direction. He must lead the way by publishing all the donations he has received so far and who his donors are. His party, the ruling party must energize the contest by rethinking the automatic ticket to incumbents. He must not be seen to condone actions that run counter productive to positions which he had canvassed openly and upon which the world will hold him accountable.