Casey Edema: With Glo Naija Sings’ N15m, girls are after me 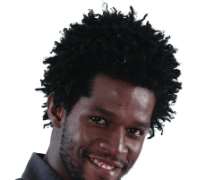 For Casey Edema, it doesn't take a lifetime for one's life to change for good. The 27 year-old Nnamdi Azikiwe University graduate had his life transformed permanently after emerging the winner of Glo Naija Sings Season 2 Aside becoming a Glo ambassador, Edema also smiled home with a whopping N15 million and a brand new car in tow. In a grand finale that saw the best out of the original 10 contestants singing to win, Edema carried the day. But it was not an easy journey to the top as he narrated to Blockbuster. Excerpts:

The man, Casey
Casey Edema is an Itsekiri from Warri North Local Government Area of Delta State. I will be 28 years old in January 2011. I used to be in Asaba for 10 years, I relocated to Lagos in 2009. I was born into a comfortable life but it wasn't like that all through. At a certain point things changed, things got a bit worse, a bit shaky. When I was much younger it was okay, my dad was working and my mum too. When I finished my secondary school that's when everything changed. But I just had to cope. I am the first son, not the first child, but somehow I just had to be strong for all of us. Those trying times affected the kind of person I am today in many ways. It helped sharpen me. I learnt certain things about life. I learnt that success is not success because of what you have or where you are right now but it's first a mindset. I learnt that I could be anything I want not forgetting to appreciate what I have now and make good use of it. That period of difficulty also taught me that no matter how dark the day or how long the road is I should have hope that things will get better.

Music in me
I've always loved singing right from when I was a kid. In 1999, I started investing in it seriously. I joined the choir in Christ Embassy. I got CDs then I started to get better. I just knew I had it. It was a natural talent. I later went to Nnamdi Azikiwe University where I did a diploma course in Music. I also learnt under many people. Now, I want to further my education because when we started lectures, I realized that it was a different thing and that it was all theory and I needed to learn the practical aspect. So, I decided to stop at diploma level and plan to travel abroad to get more education in music.

Parental opposistion
My parents are not together. They are separated. I first stayed with my dad in Sapele but later went to stay with my mum. I was with her for a long time. My mum and I faced the hard times together. Right now, my dad and I are okay. I am looking forward to seeing him. But then I had discouragement from my family. My family felt I should be thinking about going to school and not music. They felt music was a distraction, but I was not singing because I was a truant, I believed music will somehow assist me to go to school. At that time, things had changed and I had an elder sister who my mum had to focus on by herself. She is older than me but financially, attention was shifted to me as the first son so, I had to try and make money. I used to go to the studios to do back-up for people and they will pay me. I used to direct choir albums which brought money but my family still felt music was for riff raffs. They couldn't see how music can help me. Rather, they saw education as what I could use to get a job after graduation. They only started being supportive when they saw I was stuck in it. Right now, music has made me happy.

Getting into Glo Naija Sings
I had actually been in many competitions before I got into Glo Naija Sings. I auditioned for MTN Project Fame but I only got to the second stage. I was in the BET competition that held in the country last year. I was looking forward to Nigerian Idols so I heard that the audition would hold at the Phillips Building at Ojota, Lagos. My friends and I decided to go, but when we got there we were told it was the audition for Glo Naija Sings but that we would need to come back another day. I didn't want to go back but my friends convinced me saying, 'there is no crime for us being around for the audition'. I accepted and we went for the audition. I didn't hear from them until after two weeks and I had forgotten about it. One Sunday, I just got a text message that I should be at the venue that I had been selected as one of the contestants. That's how it started and I just kept on until I was among the final 10 and then final three and now the winner.

Blessing in disguise
Yes, I would say it was a blessing in disguise for not getting far in Project Fame. But at that time I didn't feel that way. After singing, they told me to come back next year, they didn't tell me where I had gone wrong or where I didn't get it right. I felt bad. But Glo Naija Sings was challenging. Every week I was filled with the thought of who was going to leave. I would worry about getting enough votes to stay in the competition, and at the same time rehearsing the song I would be doing the following week so I can get it right. They would tell me I have to cut the song within 10 minutes and it has to make sense, and after all these the judges would now say you have not done well. It got very challenging. However, I stayed focus and did all I was told to do. There were times I was happy and times I was sad. Like when I did Marvin Gaye's Sexual Healing, what the judges said didn't bother me because I loved singing the song.

Most challenging performance
For me, the most challenging performance was the Nigerian highlife contemporary song, Ifeoma by Felix Liberty. It was challenging because the performance was not judged based on voice only. I am not very good in local dance and the other contestants had that edge over me. Singing R&B songs is not a problem for me, but there are certain intonations that come with our dialect that must be part of Nigerian song and I had to work hard on that. People even told me after the performance that I did the song well even with the R. Kelly attitude. I was so happy that week because KSB commended me.
I enjoyed two performances the most. First was Sexual Healing, and the other was I Believe I can Fly. I love Marvin Gaye's songs. As for R. Kelly's I Believe I can Fly, anytime I hear that song it gets to me because it just tells me that if I can believe it then I can do it.

Money, not girls
I was close to everybody in Naija Sings. I always feel close to guys even outside Naija Sings because I feel ladies are so emotional. So, while in the competition, I was close to Ekeng because we were both the eldest and we had this thing that made it easy for us to relate easily. He has this kind of maturity that I could connect with. I am not saying this to slight other guys, they were quite young and that was okay, they behaved cool. Girls?
There was no particular girl I was close to. Maybe because that was the way I wanted it. It was not exactly because there was somebody else outside but it was a competition and I had to remain focus. When I got into the competition, I told myself that I was not there to have girlfriends but to win and make money. The girls were cool and some of them I knew before we even got into the House. I knew Boma before she came into the House. Ekeng and I had taken part in the BET competition. I also knew Najite before she came into the House. Yes, my female admirers have increased but I am not looking their way.

Fame and fortune
I know I have got N15m in my bank account, I know I am a Glo ambassador, I know I have a car, I know everybody knows me now but to be honest with you it has not yet really dawned on me. It's still like a dream. Everything is still normal but the only difference is that my phone calls and text messages have increased. I know if I walk out now people will recognize me. I don't think money or fame should turn me into something else. I still want to be that cool-headed, focused person that everybody can relate with. It's not as if I am perfect or I have a manual that tells one how to handle fame but I think I can shoulder the responsibility and whatever fame and money brings. I might not be the best of character but I try to be conscious of my actions, conscious of how I treat people everyday, conscious of what I say and that is what matters because when you consider people first or you consider how the other person feels then things will be better. I don't know if there is a spirit behind money and fame that turns people around but I think those basic things that have been put in me will help me to stay focused. If I keep the right kind of friends, stay true to where I started from, remember how I started then I will be calm.

Future plans
I hope to be not just a national name musically but to also do music positively. I don't want to blend with what everybody is doing, I want to stand out or do something different. When I was young I loved Michael Jackson not just because of his songs but because he did something different, he affected people's lives with his talent.
Music was one of those things that kept me through out all the dark times when my parents started having problem, and then separated, and also when I had my own problems. So, music means a lot to me.