NTM, NCAC, OTHERS UNITE TO BOOST TRAINING IN NOLLYWOOD 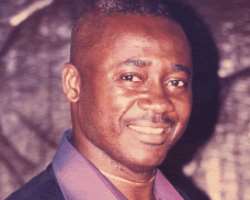 Nwokeabia
Towards helping to build a solid foundation for the continued growth and sustenance of capacity delivery in the movie industry, the National Council for Arts and Culture (NCAC), Nollywood Travel Market Limited (NTM), and a host of other partners recently staged series of workshops across the country.

The successful workshops which began in Lagos a fortnight ago, held in three major centres spread across the geo-political zones of the country. It ended in Abuja penultimate weekend. The workshop also recorded a huge success in Enugu where it dazzled participants for three days.

In the words of Emmanuel Ogugua, the Chief Operating Officer, NTM and former national president, Actors Guild of Nigeria (AGN), the focus of the workshops was on areas such as; cinematography, editing, costume, make-up and scripting. Some of the resource persons involved include tested hands such as: Muritala Sule, Charles Inojie and Solomon Emmanuel among others. Other training support came from corporate organizations such as JVC, Sony, House of Tara, Elegance Twins and Nouba Cosmetics.

Also speaking on the significance of the workshops at a recent media parley with entertainment journalists, Hon., KGB Oguakwa, Chairman, House Committee on Culture and Tourism said that government was taking more than just a passing interest in Nollywood and was willing to deploy all necessary tools at its disposal including proper legislations.

'Rather than sit back and criticize the industry, government through platforms such as trainings like this will empower people in the industry. For instance, actors who went through training at BOBTV paid a cost of N100, 000. But such facilities have been made available through these workshops in collaboration with the National Theatre who generously provided the facilities.'

Lending his voice, Mallam Maidugu, ED/ CEO, NCAC revealed that future editions of the event will accommodate trainings for established actors and movie journalists among other things, adding that the training was a welcome development that will surely boost capacity delivery in the industry.

Award winning script writer and Managing Director, NTM, Mr. Chidi Nwokeabia, while hailing the laudable initiative, described it as another plus for the nation's motion picture industry, stressing that Nollywood must continually train and empower its practitioners in order to meet up with global best practices.

'We have engaged with Nollywood as currently constituted on the establishment of the structures on which it will run. We have an industry that is the fastest growing in the world. Most of the time when we travel outside the shores of the country, the first thing people ask you when they learn you are a Nigerian is about Nollywood…, added Oguakwa.