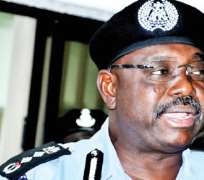 Coming four months before the 2011 elections, the transfers are meant to give the affected officers time to understand their new jurisdictions.

The exercise, according to police sources, is also meant to rejuvenate the operational efficiency of the Force as the redeployment cuts across departments and units.

Sources told THE PUNCH in Abuja on Tuesday that about 10 CPs had been either transferred to another state or sent to other departments or offices.

Our correspondent gathered that many others, including the Commissioner of Police, Lagos State Command, Mr. Marvel Akpoyibo, might still be affected in the ongoing mass transfer.

Some of the officers, who have already been transferred, are the Principal Staff Officer to the IG, Mr. Olayinka Balogun, who is now the CP in Ekiti State; Mr. Moses Ndagi, who has resumed as the CP in Kaduna State; Armstrong Uda as CP, Cross River State; Fatai Shittu (CP, Zamfara); David Omojola (CP, Edo); and Muktari Ibrahim (CP, Anambra State).

The immediate past CP in Anambra, Mr. Philemon Leha, is now in charge of the Police Mobile Force, Abuja while the CPs in Cross River and Delta states have also been replaced with new officers.

A signal from the IG's office directed the affected officers to resume at their new posts with immediate effect. It also instructed officers occupying a duty post above their ranks not to wear the title.