BAYELSA IS WARMING UP FOR AMAA '08 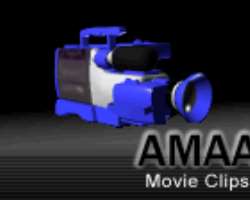 YENAGOA, the Bayelsa State capital is in the mood to host this year's edition of the Africa Movies Academy Awards (AMAA). The programme has been scheduled to kick-off on April 26, 2008. But unlike the previous ones, this year's award would be held in collaboration with the United Bank for Africa (UBA) Plc.

The April event which is the fourth in the series of the events to be hosted by the state, according to the Chief Executive Officer (CEO) of AMAA, Mrs. Peace Fiberesima Anyam-Osigwe is intended to show case the rich cultural heritage of not only Bayelsa State, Nigeria and indeed, entire Africa to the outside world.

In a joint briefing she held with Governor Timipre Sylva in Abuja, Mrs. Fiberesima said her organization had grown with Bayelsa State, because the state had challenged the artists to showcase their talents. "We grew with Bayelsa. We started with 200 hotel rooms, but today we have grown to between 250-300 hotel rooms. Contrary to whatever wrong impression the people may have about Bayelsa State, I can confirm that Yenagoa is one of the cleanest city in the country. In-fact when we brought people to the city, they could not believe their eyes. Apart from that they went back safely."

She said when the management of AMAA met the governor to intimate him on the forthcoming award he (Sylva) challenged them to look for partner in the private sector or corporate organization to co-sponsor the event. This, she said was in line with the new concept of public-private partnership initiative being advocated by the present administration.

"However, in the past three years, we had the problem of private sector to sponsor AMAA because of the crisis, but because of the support of the governor, we have been able to get a UBA sponsor. This is the first time we are getting such a big corporate sponsorship and we believe that this gesture would go along way in boosting the profile of the award which is the biggest in Africa."

The governor, in his remark said Bayelsa State decided to be involved with the award because it is not only the most credible award today, but also because it would give the state an opportunity to harness its abundant human and natural talents.

He commended the previous administrations in the state for their foresights in wholly sponsoring the events. "The previous governments did their best by getting involved in AMAA, but we believe that it is high time for private sector to get involved in it because it is the most credible award today, and that is why a lot of people have signified their intentions to be involved."

According to the governor, the present administration in the state had been doing a lot to calm the frayed nerves, especially among the young, recalling, "When we started, it was very difficult, even during my swearing-in, it was a challenge, we feared that the boys might re-surface anytime, but now we have been able to calm the tension, so it is the time to tell Nigerians that Bayelsa is a tourist heaven.

"I'm personally happy that AMAA is a result-oriented kind of award, because in this country, we never reward hard-work, but this is different. That is why we will continue to host AMAA, except that we will change the format, we will get the private people to be involved.

"We have seen Oscars recently and I'm dreaming of replicating the same thing along the line in Bayelsa State. We will claim it, we will host it this year and the next, we will continue to improve our hosting of the event. We are hoping that the next step is to make Bayelsa State a shooting arena. We have the scenery, we have the biggest forest cover, coastline and the favourable environment, all we need to do is to leverage on those to make a good destination for movie shooting."

Asked to explain the benefit of the continued hosting of the AMAA events by the state, Sylva, said that besides promoting tourism, it would expose the state to the much-needed visibility, saying that, the state before now, all we have been hearing is the story of militancy, this time, we want the news to be positive.

"We want our people, especially the youth to be involved in the film industry, as it will engage them in useful ventures and turn their minds away from negative things being attributed to us in the area. That is why the government is very committed towards supporting this programme."

To buttress the governor's assertion, Fiberesima said that in 2007 alone, 200 films were shot in Bayelsa State and there are some more films that are on-going, which may end resulting in the Film Academy being established there.

The governor, said, that in the determination of the state government to diversify its economy and make it rely less on oil and its revenue resources, the state had decided to invest heavily in the tourism sector. To give a vent to that, three hotels of international standards were being constructed by the present administration in the state.