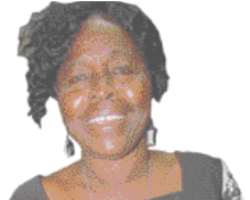 An activist and retired university don, Professor Sophie Oluwole has called for abrogation of some anti-women laws to enable them to play meaningful roles in the country's democratisation process. Oluwole made this call yesterday in a paper; Women in the Democratisation Process in Nigeria at a public lecture organised by a pro-democracy group, Gubernatorial Advisory Committee held at the City Hall, Lagos.

She also challenged the women to be assertive for relevance, stating that 'our strategy of hope must be built on our ability to push to government, the responsibility of legitimising many rights of Nigerian women.'

Some of the laws the university don wanted amended were 'provision guiding women employment in formal and informal public sectors, reformation of customary laws of intestate which discriminate against women and criminalising wife battery and repealing penal code that allows it.'

Others according to her included, 'provision of policy against the prevention of spouse from political or economic participation and amendment of existing laws on bigamy and divorce.'

The retired lecturer reminded that women had been holding prominent offices in the country and had been doing better than some of their male counterparts, reminding that former Ministers like Dr. Ngozi Okonjo-Iweala and Oby Ezekwezili performed wonderfully while in office.

Another lecturer at the event, Professor Peter P. Ekeh from University of New York, Buffalo, United States took a critical look at the spirit of Nigerian Constitution and blamed the military incursion into the national polity as the major cause for its destruction.

Speaking earlier, the chairman of the group, Professor Adebayo Williams had said his group considered it imperative to organise national discourse to better the lot of the citizenry lamenting that the post-colonial tragedy has caused intellectual debility and psychological derailment of the country's leadership.