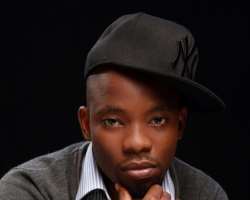 Meet Ruff Coin, he is a new artist originally from Abia State, Nigeria. He is got some big songs that is jamming the airwaves at the moment.

His Musical journey started in 1998 while still in secondary school but he made no significant move because he wanted to get a Law degree but in his final year in school he deferred his admission to pursue his Music career.

His Music style is known as Conscious Afro Hip Hop and sometimes he also plays around with other genres of music like R&B/Makosa .
He is currently working on his third album known as “Diamond in the Ruff”, which includes songs like Sweet Music and Onye Eze and featured artist like 2shotz,Peke.He has a video currently enjoying massive airplay titled “Sweet Music” and shot by DJ Tee.
Produced by J-smith