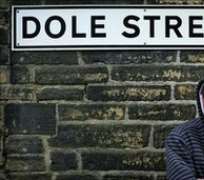 The number of people unemployed in the UK fell by 9,000 in the three months to September, leaving total unemployment almost unchanged at 2.45 million.

The overall unemployment rate was also unchanged at 7.7%, the Office for National Statistics (ONS) said.

The data showed that the claimant count – those out of work and receiving benefits – also fell slightly in October, by 3,700 to 1.47 million.

This reversed a 5,300 rise in the claimant count the previous month.

The overall picture remains one of a jobs recovery that is much more sluggish than after previous recessions, analysts say.

This suggests that while some unemployed people are finding jobs, the total pool of unemployed workers is being replenished by inactive people who are choosing to re-enter the workforce by actively looking for work again.

However, most of the new jobs created were only part-time.

“Part-time workers now account for 27.3% of total employment, which is up from 25.4% at mid-2008,” said Howard Archer, chief UK economist at IHS Global Insight.

“This suggests that businesses are reluctant to take on full-time workers due to their concerns over the longer-term economic outlook.”

The figures also showed that the number of people unemployed for six months or more rose by 21,000 in the quarter to reach 1.18 million.

“Also significantly, job vacancies fell 27,000 in the three months to October,” points out Mr Archer. “The biggest fall was in education, suggesting that the public sector cuts are already biting there.”

The report contained few surprises for City analysts, who are more concerned by the jobs outlook over the next six to 12 months as government spending cuts begin to bite.

A report last month by accountants PwC predicted that cuts in public sector spending would have the knock-on effect of about 500,000 job losses in the private sector, on top of 490,000 public sector job cuts planned by the coalition government.

“The recent data has been good and today's labour figures are no exception,” said James Knightley of ING, who noted that total employment is at its highest level since February 2009.

“[It] offers support to the view that public sector job losses can be more than offset by increases in private-sector employment.”

But he cautioned that government cutbacks, the failure of earnings to keep up with 3% inflation, limits on bank lending and the move by households to repay their debts could all combine to weaken the economy over the coming months.