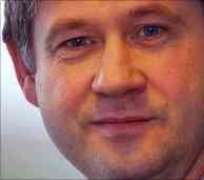 A Policing Board member's claim that dissident republicans have almost all of the capabilities of the Provisional IRA has been labelled “sheer madness” and “reckless scaremongering”.

However, Ulster Unionist Basil McCrea is standing by his analysis which, he said was based on intelligence information from the Policing Board.

The DUP and Sinn Fein have both dismissed it.
Jimmy Spratt, DUP, said: “This is sheer madness, because this is not something that this board, or individual members of this board, have been briefed on.

“So I don't know where Basil gets the 97% capability. That is certainly not something the police have been telling us.”

“Basil McCrea claims his assertion is based on a briefing given to Policing Board members; it is vital to point out that no such briefing took place,” he said.

“I have no doubt the Policing Board as a whole will want to look at Basil's decision to take this solo run this morning.”

'A long way off'
Earlier on Friday, police sources told the BBC that the dissidents were “a long way off” from having the capabilities of the PIRA.

“The message coming out from me is to understand that there is a serious threat out there,” he said.

“They are about 97% at the moment in terms of capability and capacity and the only thing stopping them doing it is an extremely efficient PSNI operation in terms of disrupting serious crime and these people,” he said.

Mr McCrea said the information his analysis was based on was confidential but claimed the threat was “serious”.

A week ago a military hand grenade was used in an attack by dissidents on police officers in west Belfast.

The dissident paramilitary group Oglaigh na hEireann (ONH) said it was responsible for the attack.

The group has been responsible for a number of car bomb attacks on police stations and other targets in Northern Ireland this year.