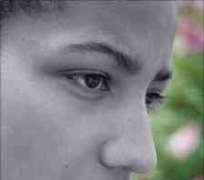 Black women have traditionally been neglected
Each day around 125 women are diagnosed with breast cancer, but are they all getting the same chances?

In this week's Scrubbing Up, biochemist Abi Ajose-Adeogun from Better Days Cancer Care – a cancer charity for African Caribbean women – and its founder, Marina Raime, argue that black women are getting a raw deal.

They say black women with breast cancer suffer from higher death rates and that research carried out mainly on white women can produce skewed data.

Breast cancer is the most common cancer affecting women in the UK with approximately 40,000 new cases diagnosed each year.

For many years the “face of breast cancer” has been that of white middle class women, who have been used to illustrate posters and be in adverts.

The lack of any other ethnic image has led to the perception, by many, that other ethnic groups particularly black women are not at significant risk of developing breast cancer.

And this emphasis on white women may have cost lives.

Research has continued to focus primarily on white women, leaving unearthed for many years the effects of breast cancer on different ethnic groups.

Only in the last few years have studies demonstrated that there are significant differences in the biology and epidemiology of breast cancer in black women.

Abi Ajose-Adeogun and Marina Raime
Better Days Cancer Care
But the lack of focus on this area has meant that the outcome for black women diagnosed with breast cancer in the UK is worse than their white counterparts leading to an inequality in survival rates.

In the UK, only a handful of studies have been conducted looking at black women and breast cancer.

These studies have confirmed the results of the vast number of studies conducted in the US on African-American women.

In addition to this, a significant number of black women develop a more aggressive form of breast cancer. The upside for black women is that they are less at risk of developing breast cancer but for those that do develop breast cancer the outlook is worse than their white counterparts.

These differences – the younger age of onset and the more aggressive nature of the cancer – can reduce the chances of survival. And to make matters worse many of the younger women tend to be misdiagnosed and/or diagnosed late.

In addition, as a result of research being based on white women the breast cancer screening age was set at 50, which, based on the younger age of onset of disease, is too high for black women.

Also the misconception by black women themselves that they are not at risk of developing breast cancer also leads to delayed diagnosis.

Added to this the cancer is often more aggressive in black women – a type of breast cancer called triple negative breast, which is little understood or researched – further hampering survival chances.

But unless we want more unnecessary deaths we must correct the balance by lowering the screening age for black women; ensuring more research is conducted; introducing health education programmes to raise awareness of the signs, symptoms and risk factors of breast cancer; and supporting programmes to eliminate the barriers that black women face when accessing breast health services.