WOULD YOU PREFER MARRYING A VIRGIN? 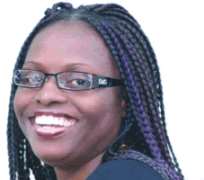 In the past, it was expected that a maiden must go into marriage as a virgin. If on the first night, her husband found her not to be so, the family suffered instant condemnation.

But civilization has substantially changed the way people perceive virginity. At one time, it was even thought to be 'bush' if a girl dared reveal to her peers that she was still a virgin. Some girls even competed to be the first to lose their virginity to a boyfriend.

Once again, attitudes are changing, and it is becoming fashionable to be a virgin. This new development is driven more by the Pentecostal revival spreading through the world. Virginity, at least among Pentecostal Christians and fundamentalist Muslims, is being appreciated again.

Being a virgin is good, these people argue, saying that it is a key factor to whether there would be deep trust between the couple. However, there are women who were married as virgins but are now worse than whores. But then, the issue of virginity is like a two-sided coin as it also applies to men who go into marriage without having ever had sex with a woman. For women who marry such men, and considering the realities of the present time, when women have become bolder and assertive, they expect to be sexually satisfied by their husbands. So would you, whether as a man or lady prefer marrying a virgin?

Edna
Marrying a female virgin is an advantage to a man because you will know she has never been touched by any man and she is free from sexually transmitted diseases, but the other part is that when you have let her loose and she happens to have funny friends, they might talk her into testing the waters, except she is a true child of God.