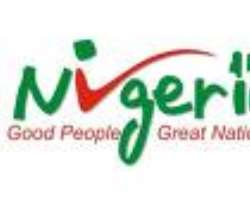 'Rebranding;' that is the new catch-phrase in Nigeria these days. The idea behind the phrase is to turn Nigeria around, regain the dignity and respect the country has lost in the international community because of the nefarious activities of some of our fellow brothers and sisters, and generally re-awakens the sense of pride Nigerians once felt for their country. The concept is laudable – the good Lord knows that our image certainly needs re-branding – the question though is, where do we start?

With the Police? I visit my country about once a year – usually around the Christmas season. As is usual during my visits, I make little trips within the country, in order to meet with my numerous cousins, uncles and aunts. On one of my sojourns in 2008, I was threatened by the police, at one of the endless check-points, because the packs of cereals I had in the booth of my car were 'foreign made. Foreign made items were banned in Nigeria, therefore,' I was 'breaking the law,' – no kidding! Because I thought he was joking, I looked at him, with feign incredulity, and a bit of wry smile playing around my lips. As a result of my naïve assumption that he was joking (perhaps aiming for a bit of laugh and relieve from the boredom of standing around one spot?), I was prepared to be amused by the comment. But twenty minutes of countless illogical arguments, and counter arguments later, I realized that he was utterly serious when he tried to squeeze into the back of my car – purportedly, to take us to the station where 'you will be charged for your negligence and breach of the Nigerian law.'