2011: THE INTRIGUES, POWER TUSSLE IN EBONYI 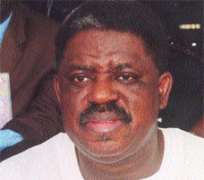 Barely six months to another general election, the build up to the exercise is gradually gathering momentum across the country. From one state to the other, there is tension in the air and politics has become the preoccupation of virtually everybody.

In Ebonyi, the story is not different but one of the intrigues in the state chapter of the Peoples Democratic Party (PDP), appears to be a move by the power brokers to replace all the three Senators representing the state at the National Assembly.

The perceived position of the party is however contrary to that of its sister states in the South East such as Enugu where incumbents across the board are favoured to return even for third terms in the case of lawmakers.

The position of the party to displace incumbent senators may have been aided by the Appeal court which recently nullified the election of Senator Julius Ucha representing Ebonyi Central Zone thereby setting the stage for a complete clear out. The court had ordered that Senator Ucha be replaced with Barrister Emmanuel Onwe also of the PDP.

Ucha who was denied the PDP governorship ticket in 2007 by former governor Dr. Sam Egwu and who is perceived to have good followership across the state has long abandoned the senatorial position and is gearing to wrest power from Governor Martin Elechi.

EBONYI CENTRAL
The unanticipated court decision which threw up Senator Emmanuel Onwe marked the beginning of hostilities amongst aspirants jostling for the Ebonyi Central Senatorial seat even before the whistle. Political players in the State believe that the new senator from the zone who is from the same Ikwo Local Government Area of the state with Governor Elechi will not stand a chance to return based on zoning and fairness.

The same reason is believed to have accounted for the highest number of senatorial aspirants coming from the zone.

Although the vacancy in the central could be said to have easily been created by the courts, Governor Elechi and the PDP chapter has a seemingly difficult task of selecting a candidate from the pack.

Hon. Paulinus Igwe-Nwagu is seen as a great mobilizer and a rising political pillar from Ezza land. The former local government chairman is relying on his popularity in his zone and his position as an incumbent member of the House of Representatives. But he has to contend with his kinsman, Marcelinus Nwopkoro who is believed to be related to the governor.

Also favoured is Engr. Ben Okah, a serving commissioner in the Elechi's cabinet. The former ANPP stalwart and influential politician from Ishielu area of the State was sidelined for the most part of Dr. Sam Egwu's administration. Okah's position is however being threatened by the aspirations of former State chairman of the PDP, Chief Obinna Ogba who is making a come back to the governor's camp. Ogba is gunning for the House of Representatives position for Ezza North/ Ishielu Constituency and his decision to join the government side is seen as a major breakthrough in the anticipated war against the opposition who are strongly mobilizing to wrest power from Elechi.

Both Ogba and Okah are from the same Ishielu and may not be allowed to take the two positions at the same time.

Ebonyi North
This is where Governor Elechi is having his greatest headache ahead the party primary and if the state chapter of PDP will maintain its old style of harmonizing political positions rather than go into an elective congress, then the governor must move fast to forestall what analysts believe is capable of balkanizing his camp. The incumbent senator, Tony Agbo is believed to be the only serving senator that is strongly attached to Chief Elechi. A tough and grassroots politician, Agbo is a core loyalist and has done well as a Senator but a cabal in the governor's camp is believed to have hatched a plan to ensure that he is replaced by a founding father of the state, Chief Chris Nwankwo.

The elder statesman and close relation of the governor is highly respected in the state and having obtained nomination form, all eyes are on the governor to see how he handles the situation. Already the situation is threatening to tear the governor's camp apart while the opposition is capitalizing on the development to try to woo the senator to their side. The three interests of the Izzi clan where Chief Nwankwo hails from is also said to be divided on his candidacy with allegation that all political appointments for the people of the old Abakaliki is being concentrated in the same area where the Speaker of the House of Assembly also comes from.

Also, Senator Agbo who hails from Ohaukwu, home of former governor Dr. Sam Egwu is seen as a major pillar that can check the opposition which is strongly expected to come from the former Minister.

Ebonyi South
The senatorial seat in the South zone of the state with its headquarters at Afikpo seems to be the easiest especially for the very fact that the State chairman of the party Engr. Dave Umahi hails from there. The incumbent Senator, Chief Anyim Ude, a veteran broadcaster appears to have lost his footing in the state since he was defeated in the local government election in Ivo. Since then, his loyalty and support to the government has reportedly been questioned thus providing the opportunity for the party chairman who is from the Ohaozara side of the zone to trade the position to Afikpo. Observers believe that the ambitious chairman, Umahi has perfected plans to give the party ticket to Mr. Sunny Ogbuoji from Afikpo South who is also a serving commissioner in the state. The permutation is that if Afikpo takes the Senate, the people of Ohaozara would be in a better position to land the Deputy Governorship position which Umahi is believed to be eyeing seriously.

However, the PDP chairman who appears to have made so many enemies may find it difficult to get the required support to land the deputy governorship position and may be forced to make way for a more acceptable candidate, Chief James Aroh Nweke a serving commissioner in the state and one of the longest serving local government chairmen in the history of Ebonyi.