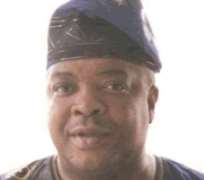 Taylor
The President of Nigerian Boxing Federation (NBF), Mr Rotimi George Taylor, has expressed gratitude to the National Sports Commission (NSC) under Chief Patrick Ekeji, for all the support it gave to the federation before and during the 19th Commonwealth Games in Delhi, India.

In a chat with Sunday Sunsports during the week, Mr Taylor said he was grateful for the role the NSC played to ensure that the boxing team to the Commonwealth Games did not suffer despite the many challenges the Commission faced before and during the championship.

He extended his appreciation to the Honourable Minister of Sports and Chairman of NSC, Alhaji Isa Bio, for all he did for the boxing team.

Taylor equally thanked the boxers for doing their best for the country, despite the fact that they did not win any medal at the Games in India. He expressed optimism that the boxers, if given adequate training and support, could win laurels for the country at future events.

'I would like to thank the NSC under the able leadership of Chief Patrick Ekeji for all the support and encouragement it gave to the boxing federation at the Commonwealth Games. Chief Ekeji did a lot for us despite the numerous challenges he had before the Games, as funds were not readily available at his disposal to enable him discharge his duties the way he would have loved to perform them. I honestly appreciate all that he did for us before and during the championship.

'From what we heard, Chief Ekeji and the Honourable Minister, Isa Bio, had individually sourced for funds to enable all the athletes to travel to India for the Games before the federal government released funds for the championship. That says a lot about their level of patriotism and commitment towards the development of sports in the country. If not for their commitment and wisdom, our participation at the Games in India would have been seriously threatened.

'I also thank our boxers for putting their best at the Games. I'm aware of their challenges and I know that they really wanted to win medals for Nigeria. Boxing is not like every other sport. A lot of things are involved in the pugilist sport.

'I appreciate those boxers who made it up to the quarterfinals at the Games. It was not an easy feat and I believe that they will do better in future.

'What people don't understand is that boxing was at the basement when we came on board. Take for instance, Nigeria took seven boxers to the Beijing Olympic Games in 2008 and none of them went beyond the preliminary round. But this time, two of our boxers made it to the quarterfinals, which for me was a great improvement from where we started.

'I am not trying to make excuses for our inability to win medals in India, but I know what I am talking about as an insider. The boxers we took to India are the best we have at the moment. They were select based on their performances during the trials. I don't believe that we made any mistake in selecting them. We selected our best, as we could not have picked boxers from Togo or Benin Republic to represent us in India.

'However, as the President of NBF, I accept responsibility for not meeting the expectations of Nigerians at the Commonwealth Games. I want to assure Nigerians that the federation will redouble its efforts towards producing boxers who would become world-beaters. We will go the extra mile to ensure that boxing takes its pride of place in the country.

'The expectations of Nigerians in the sport is not misplaced because boxing is the sport that first put the country on the global sporting map through the late Dick Tiger Ihetu. And it is still fresh in our memories how our son, Samuel Okon Peter made history as the first African to win a world heavyweight belt. So, if Nigerians expect much from the combatant sport, they are not making any mistake.

'We will do all within our powers to improved boxing in the country. I only ask for the understanding of Nigerians, because we need time to rectify some of the challenges facing us at the moment.

'We will start in earnest to give further training and exposure to our boxers. I have no doubt that boxing will soon raise again in Nigeria,' Taylor concluded.