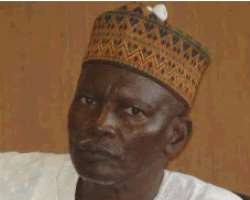 The payment for was made under the auspices of CID Maduabum and Ikechukwu Obiora Women and Youths Empowerment Scheme (CIDIKAYWES).

Addressing the applicants in Nnewi the Coordinator of the Programme, Chidi Orji said the essence of the gesture was to help alleviate some of the financial burden facing the youths and women, adding that the programme was in line with the political objectives of Honourable CID Maduabum and Senator Ikechukwu Obiora and the poverty alleviation programme of both the Federal and Anambra State Government which is aimed at reaching out to the poor and the less privileged.

'What it required is for the applicant to come to us and collect the form and we make the payment. The programme is only open for those who are qualified to apply for the positions required by the F.R.S.C and the NDLEA.So far over three hundred applicants have collected the forms and we have refunded others who paid the application fees before now. We are expecting more applicants to come for a refund of their money or to collect forms', Orji remarked.

In a vote of thanks on behalf of the applicants, Kingsley Egwuchukwu and Angela Egwu described Senator Ikechukwu Obiora and CID Maduabum as representatives who are very sensitive to the yearnings of their constituents and however thanked them for the kind gesture.