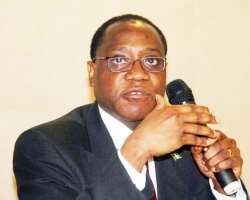 It is instructive that Nigerian leaders were rolling out the drums to gleefully celebrate the 50th independence anniversary of the country on October 1, sadly, at a time more than 70 per cent of the 150 million population still subsist under crushing poverty; made more evident by a dreadful unemployment crisis.

This disconcerting reality, experts affirm, is mainly a consequence of, but not limited to, massive official graft and corruption garnished by serial mismanagement of the abundant resources of the country by its leaders since independence. This, essentially, explains why not a few Nigerian are not disposed to the idea of sharing in the fleeting ecstasy and enthusiasm of the elaborate Independence Day celebrations.

It is strange that while the population of the country, which was at about 42.95 million in 1960, has since grown in leaps and bounds, efforts by successive governments to create jobs for the teeming population have been in fits and starts, mainly because of the over-reliance on oil as the mainstay of the national economy. At independence, agriculture contributed about 70 per cent to the Gross Domestic Product and was responsible for about 85 per cent of export earnings for the new nation leading to mass employment, food security and national development at that time. This has since changed with oil becoming the mainstay of the national economy yet it contributes just less than 40 per cent to national GDP and only employs 0.15 per cent of the population

Be that as it may, as someone recently observed, one of the defining features of the Nigerian state since independence is that anytime the government does not want to do anything of note about something, or does not simply know what to do about a pressing issue, it sets up a committee in order to be seen to be up to something. Even though this appears debatable, it is not in any way wide of the mark if recent events are any thing to go by.

Curiously, almost always, the government ends up consigning the recommendations and findings of such committees to the dustbin of history, without as much as looking towards such for necessary action and remediation. Interestingly, the underpinning assumption behind setting up of committees seems to be that the government does not know the precipitating causes of the issues being examined by such committees.

Keen observers of political developments in the country would, however, recall that a Technical Committee on the Niger Delta headed by Ledum Mitee was inaugurated in 2008 by late President Yar’Adua to make far-reaching recommendations that would help resolve the lingering, as the government put it, "sad and embarrassing chapter in our nation’s quest for stability, prosperity and good neighbourliness."

Among the recommendations made by the committee after many painstaking sittings was the creation of 2,000 jobs in each of the local government councils in the delta region to empower the youth; establishment of a disarmament and rehabilitation commission to disarm and rehabilitate the Niger Delta militants within six months as well as an upward review of the derivation principle from the current 13 per cent to 25 per cent.

Not uncharacteristically, much of these recommendations were scorned, leading, inexorably, to the escalation of militancy and banditry in the Niger Delta, a consequence of which was too dire and evident on the nation’s oil-dependent economy, whereby the country was not able to meet its daily oil production capacity of 2.5 million bpd, with at least 113 oil fields shut down and an average production deferment of 400,000 barrels per day. It was when it dawned on the government that the country had also lost about $20.7bn to vandals and oil thieves, a consequence of the resumed militancy that the Federal Government, with tails stuck in- between its legs, thought of granting the hurriedly conceptualized amnesty programme.

"Contributes 40 per cent to national GDP but only employs 0.15 per cent of the population Admittedly, what is at the heart of the disturbing employment crisis in the country is that Nigeria’s economic growth in the last decade, for instance, has not reflected in the number of employment opportunities created during the period. The discovery of oil in commercial quantity in the years after independence is reckoned to have resulted in the emergence of an "introverted economy" in the country with attendant consequences.

For a government not known to take or implement the recommendations of its committees, which are, of course, mostly diversionary, it is left to be seen what will become of its latest one on job creation headed by Aliko Dangote inaugurated on the eve of the country’s 50th anniversary.

According to the government, the committee is mandated to, among other things, work out a mechanism, in the interim, of creating one million jobs within a year, examine what other countries (developed, emerging and developing) have done to ensure increased job creation with a new view to developing a possible policy interventions and incentives that will create an environment that is conducive for job creation.

It is laughable that instead of government going ahead to do the needful which it obviously knows in order to improve the harsh business environment in the country, it is setting up a committee on job creation. The underpinning assumption behind this, as noted earlier, is obviously misleading, and this informs why the country might go around the challenge of its unemployment crisis too soon. It is premised on the assumption that government is, after 50 years of political independence, not aware of the "possible policy interventions and incentives" that could regenerate the Nigerian economy towards wealth creation and employment generation. What is more, it is also premised on the belief that the causes of unemployment in the country are unknown to it.

The question that naturally comes into mind is this: Is the government not aware of the National Economic Empowerment Development Strategy which the previous administration of President Olusegun Obasanjo initiated in 2003? From 2003 to 2007, Nigeria attempted to implement the NEEDS economic reform program was to raise the country’s standard of living through a variety of reforms, including macroeconomic stability, deregulation, liberalization, privatization, transparency, and accountability. The government hoped that the NEEDS would create 7 million new jobs, diversify the economy, boost non-energy exports, increase industrial capacity utilization, and improve agricultural productivity. Years after, it is not known how many jobs had been created therefrom.

Experts agree that unemployment in Nigeria is a product of two poignant realities: The inability of the government to have policies that expand the economy as well as the inability of the country’s educational system to "teach us how to use our hands", beyond being taught how to use our brains. In other words, entrepreneurial skills. However, admitted that Nigeria’s educational system has failed to produce employable and well trained manpower over the years, a function of the poor quality of governance in the country since independence, it must also be stated that the business environment in the country has been less friendly for productive activities that could generate employment for the population.

A World Bank report entitled, "Doing Business in 2007: How to Reform", said Nigeria regressed from the 94th position it occupied in 2006 projections to the 108th after appraising the business environment of 175 countries in the world. The country’s economy, it said, trailed behind such African countries as South Africa, Namibia, Mauritius, Kenya, Botswana, Ghana, and even war-weary Ethiopia in "investment-friendly indicators."

The indicators identified were the process of starting a business, hiring and firing workers, securing credit and protecting investors. Others include enforcing contracts, payment of taxes, getting licences and trading across borders.

So, instead of the government engaging in a wild goose chase, it should be up and doing in ensuring that the right policies are enacted and enforced to create an enabling environment for productive activities in the country, improve critical infrastructure especially power supply, which contributes about 40 per cent of the production cost of most companies and mitigate the incidence of multiple taxation that has grounded many small scale and medium scale enterprises. It is shameful that after 50 years of nationhood, with all the enormous resources available, unemployment still holds the country by the jugular.