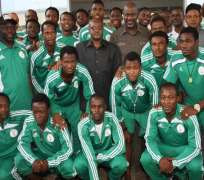 The FIFA Emergency Committee decided on October 08, 2010, to provisionally lift the suspension of the Nigeria Football Federation (NFF). The decision was taken after observing that the situation had taken a positive turn in recent days, with the claimant at the origin of the court actions publicly committing itself to withdrawing its claim, the acting General Secretary of the NFF returning to his post on 5 October 2010 and the issue of the Nigeria League being left totally within the ambit of the NFF, FIFA said in a statement.

"The suspension has been lifted provisionally until 26 October 2010, after noting that the next hearing before the court is scheduled for 25 October 2010 and that only then can the judge vacate the court orders.

"However, should the NFF still be embroiled in court actions or any other issue preventing it from working freely on that date, the suspension will be automatically confirmed until all problems have been definitively solved," FIFA warned in the statement.