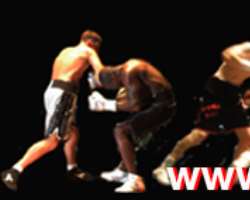 TKO Box Office, which was developed to promote ticket sales for boxers based at Johnny EamesÆ Ultrachem TKO Boxing Gym, will initially be offering tickets for UK Boxing events, before rolling out worldwide in early 2011

On making the announcement, founding partner of TKO Box Office, Gianluca (Rio) Di Caro said, ôThe whole concept for TKO Box Office first came up when we were promoting the Ultrachem TKO GymÆs Charity Football Tournament, in aid of the Indee Rose Trust, back in July.

We set up a basic ticket sales section on my PR site and were taken aback by just how many tickets were sold on-line for this event.

We then decided to offer tickets for the gymÆs fighters on Steve GoodwinÆs September æItÆs PersonalÆ event on-line. Again we got a good response so decided to create a specific site.

In the near future we are planning to start offering tickets for events worldwide, probably as early as January 2011 as the secure e.ticket we have been developing is almost ready for testing.

Even though the site now has a wider format we are sticking one hundred percent with the original premise of promoting ticket sales for individual boxers associated with the Ultrachem TKO Gym. Professional boxers are required to sell tickets for events they box at and as such we will always highlight and feature our fighters when promoting events theyÆre fighting at on the site.

Our aim is to help individual fighters and promoters increase their ticket sales and in doing so make TKO Box Office the number one boxing ticketing site, bar none.ö

The Frank Maloney promoted æTRUE BRITISH FIGHTERSÆ event, headlined by the British Light Middleweight Title fight between Sam Webb and Martin Concepcion, at the Troxy, in Limehouse, London on Saturday 16th October. Which also includes Light Middleweight sensation Erick æThe EagleÆ Ochieng, who is managed/trained by Brian Lawrence at The Ultrachem TKO Gym, in a rematch with Curtis Valentine.

Tickets available from TKO Box Office are not restricted to London venues as tickets are also available for the Graham Earl promoted æJUDGEMENT NIGHT event, in Northampton on Saturday 16th October, which features British Masters Light Welter-weight Champion Jay Morris defending his title against Gavin Deacon, and is co-headlined by Paul Morby and Steve Timms who will battle it out for the vacant British Masters Super Middleweight title.

For further information or tickets for the above events: