WE HAVE EVERYTHING TO PLAY FOR â€“ HEARTLAND 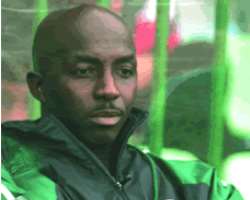 Siasia
Following the inability of Heartland to secure enough points to enable the Owerri club to make it to this year's semi-finals of the CAF Champions League, one would have thought that today's final match between Group B leaders, JS Kabylie and Heartland of Owerri would be a formality one. But Media Officer of the 'Nazi Millionaire', Mr Cajetan Nkwopara, has said it would not be as many had thought.

According to Mr Nkwopara, Heartland has everything to play for in this game, as the club's reputation and that of the country were at stake. He said the Owerri-based players would be approaching the encounter as if their lives depend on it. He said that the image of the club and that of the country have been battered and as a result, the boys would die to ensure they secure victory against the Algerians.

Mr Nkwopara said he's aware that victory over JS Kabylie would not change the fact that Heartland would not play in the semi-finals of the competition nor Heartland's victory being able to stop JS Kabylie from forging ahead in the competition, but they had to beat the Algerians to ensure that it does not enter into the history books that an Algerian club side came to Owerri to beat the Nigerian club.

'We are aware that beating the Algerians will not change the fact that we are out of the competition nor can it stop the visitors from moving to the semi-finals of the competition, but we need to redeem our battered image to assure our supporters and fans that we still have what it takes to be champions,' Nkwopara stated.

'Moreover, the more reason we should beat JS Kabylie in today's encounter is that it will help in ceding Nigeria during the draw for next year's competition, as Nigerian teams will take part in the competition.