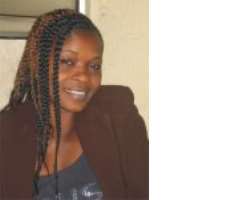 Show is set to debut in November 28, 2010. The entertainment industry is set to be

Already, on campuses a lot of female students have been showing interest to be part

of the show as they see it as what has been missing in the industry for long. The

forms for the pageant is available in all Intercontinental Bank across the country, for

hook of over-reliance on foreign life-style, culture, mentality at the detriment of our

very rich cultural heritage. She emphasized the need for Nigerians to support

government efforts to entrench our rich African values into the young generation, to

the point of enthsiasm. People need to connect with their history in order to identify

themselves and hold their own in the wider society. Our women nourish our children

from craddle, infancy, through teenage life and finally into adolescence, when they

can legally begin to make decisions for themselves. They are therefore our last hope

if we must win this raging cultural war. But if the women themselves are not

redeemed from this cultural distortions, during their youthful years, then we may not

reasonably expect them to uphold such cherished values in their adulthood, not to talk

of passing them over to their children in the future” she posited.

the old Western Region, to emphasize our brotherhood from historical perspective.

Even though some of these states are not core Yoruba speaking states, the organizers

western hermisphere. This is amply identified in the Omidan O'odua logo, being

Today in a highly globalized society like Nigeria, the influx of foreign culture and

with our cherished cultural heritage. The influence of these so-called 'modern

lifestyles' on our future leaders is as enormous as it is freightening. Our young ladies

are the most vulnerable in this respect, who are coincidentally, the home-builders and

keepers of our cultural gates.

heritage in general and the Yoruba society in particular. It is really a different kind of

beauty pageant. According to the Mr. Sola Fagbile, one of the Directors of the event,

he postulated “Nigerians shall see our culture at its best, mixed with beauty,

intelligence, but interestingly, devoid of the usual cloak of 'bikini and pants' affair.

The core value of the proposed pageant comes in two broad perspectives; showcasing

the rich Yoruba culture on one side, and on the other hand using a young lady to

model the beauty, strength and pride of our cultural heritage as a people” he averred.

syndicated across TV Stations nationwide before short-listing the ten finalists that will be unveiled at a colorful ceremony to crown the Queen who automatically becomes a cultural ambassador of the Yoruba race. The contestants will be examined on the values and culture of O'odua, home management and other talents. It is not going to be only a fanfare of parade of queens but also a Reality Show to determine the real queen in the mould of Moremi.

One of the relevance of this pageant in view of current trend towards western values and lifestyles to the point of disdain to those essential fabrics that made us Africans is to preach uprightness and promote the Yoruba values and norms. These include (amongst others) our dress codes, languages, respect for the family institution, morals, hardwork and dedication, integrity and patrotism.

This also gives the viewing public the opportunity to be part of the show by sending in text messages to vote for those candidates they feel should be evicted and those who should ultimately move on to the next round of the context. For further information, interested participants are advised to check on the website www.omidanoodua.com.