LIFE IN THE AC DRIVEN TUNDRA! 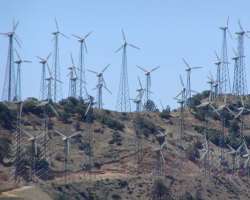 
I’ve often blogged about the simplistic assessment of the Nigerian power situation. Popular myth is as follows: A cabal of criminals has hijacked the sector, and are in collusion with ECN/NEPA/PHCN officials to deny adequate power to Nigerians in an attempt to maximize profits on the sale of generators; here it is alleged lies our "energy problem".

While this assessment gains the "mantle" of believability through constant repetition, I’m convinced that other issues carry much more of the burden. I think our desire to change our environment, unplanned growth and energy inefficient building codes have more to do with our inability to "manage" our power situation than anything else.

Over the years in spite of the World Bank sponsored SAP (Structural Adjustment Program) and other indications of a declining economy, Nigerians as a whole have enjoyed lifestyles that while intended to change their immediate environment, instead have resulted in "runaway" power consumption.

Take the use of Air-conditioning as an anti malarial measure, and you’ll begin to understand what I’m talking about. Nigerians must be the most air-conditioned people on earth! Everywhere you go, it’s wall units, window units and central air-conditioning units; everywhere! Without a concerted effort to reduce wasteful consumption, all the new power plans will come to naught.

a. Escalating tariff rates, based on usage tiers: Tier 1, 2 and 3

b. Increased work from the Information Ministry on getting Nigerians to invest in mosquito nets and simple fans for use at nights, in lieu of air-conditioning; when did "sweating" become an anathema?

c. A moratorium on the construction of energy inefficient buildings such as many of the "energy hog"-centrally air-conditioned buildings in Lagos and Abuja that we treat as national treasures, and are actually national saboteurs.

2. The Promotion of Renewables (Power from renewable power sources):

a. I have not read anything in the current bill that encourages renewabl

i. Windmill power: The attached picture is of a commercial for-profit wind farm in the California desert. This "Wind Farm" supplies much of the power for Palm Springs, California and is one of many now in the US and Europe

Incentives to promote wind power take the form of:

1. Tax rebate incentives: These reduce an individual or corporation’s tax burden by lowering their tax liabilities by some measure of the cost of the system.

2. Subsidizing the power generated by individuals and corporations that is then sold back to the electricity grid.

1. Tax rebate incentives: These reduce an individual’s tax burden by lowering their tax liabilities by some measure of the cost of the system.

2. Subsidizing the power generated by individuals and sold back to the electricity grid.

iii. Bio-diesel Power: We have multiple sources of bio-diesel fuels that can be encouraged by government through some of the measures outlined above. I was alarmed at the plan by a Nigerian group to begin growing Jatropha in Nigeria as feedstock for a bio-diesel plant. Jatropha is a plant that grows a fruit that if eaten by either children or animals will cause death in a matter of hours; hopefully it hasn’t gotten to this.