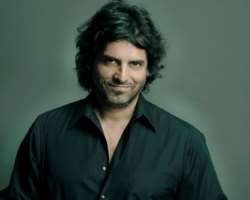 The Argentine coach of Sunshine Stars, Rodolfo Zapata is a new candidate to be Head Coach of Nigeria National Team. It's not surprise, he led unfenced Sunshine Stars of Akure (Nigeria Premier League) to a continental ticket in his first season with the club, who are regarded as perennial underachievers in the local league. Allnigeriasoccer.com spoke with him to know more details about this new goal in his career. It's a world exclusive.

Here are his winning strategies that inspire change for the Super Eagles:

How NFF contacted you?

Zapata: Mr. Dapo Olowu and Mike Idoko gave me the news, and for me is a pride and a challenge at the same time. These were just simple conversations, because the NFF Executive Committee is reviewing candidates for this position.

South Africa 2010 has been the end of a cycle. From now, we must begin the reconstruction of Nigerian Football. After so many uncorrected errors, Nigeria should go back to the basics. We must learn from past mistakes and start planning for Brazil 2014 now.

Nigeria is such a blessed country with lots of talented young players and I am very impressed with the people in the few months I have stayed.

The question is how to win important games or tournaments? How can we build a successful Nigerian team?

Zapata: I personally believe that to build a winning team or organization, we must first establish a culture of winning. To do that, we need to set high standards and then start to chase them. It is not an easy task. We all strive to be successful in our careers...and in our lives.

These goals should be specific, difficult and challenging… but realistic. Two common goal-setting problems are setting too many goals too quickly and setting unrealistic goals based on current level of performance. The challenge is to keep the goals meaningful, relevant, and motivating.

Continuity, consistency and ambition are particularly important to create a successful program. Ambition must be coupled with hard work for success to be achieved. Everybody likes the idea of winning, or being successful, but lot of people don't like the sacrifice and hard work that are usually required to get ahead.

I love to work hard. It is a key part of the process of preparing to win. You can have the best tactics plans, the most perfect offensive and defensive schemes, and even a great amount of talent. But if you and your team are not willing to put in hard work, your plans will never be realized.

Champions don't “just” train. They invest in their development. I believe you play like you practice, so when you practice hard every day, playing hard will seem natural when the game is on the line.

Could you give us more details of your project with the Super Eagles?

Zapata: The style of Argentinean football is essentially based on how the ball is controlled, which means proper technique and effective use. The same style that has given me enormous satisfaction as a player characterizes my style as a coach.

In coaching, no group or individual is the same as who you coached the day before, the year before, or the decade before. Every player is different, every team is different, and to merely apply a formula is not fair to those players or those teams. Some tactics and drills are a necessity for some teams and they may not be appropriate for other teams. This is the reason why I write different practice plans for every single practice for the many different teams I work with.

To create a winning team takes time, effort, patience and skill. My training program for Nigeria National Team includes to work with Home Based players during the next two years.

We already know what Yobo, Martins, Etuhu, Uche, Odemwingie, Odiah, Utaka, among others did for the Super Eagles. Currently, Nigeria needs players who are proud to defend the National Team. This country has a pool of young talents players that can rule football in the world.

We have to discover players for the New Super Eagles. I believe that we should give them a chance to show their skills in the Super Eagles, until Brazil World Cup qualifications. There are so many potential NPL players waiting to answer the national call like Solomon Okpako (Kano Pillars), Ahmed Musa (VVV Venlo), Osas Idehen (Enyimba), Chinedu Ezimorah (Enyimba),

Of course, this roster is not definitive and we should update. These players, plus the U17 National Team (2007 & 2009) and the Beijing Olympics Games Team (2008), will be new look Super Eagles.

Make everyone accountable is very important. I also believe that we have to follow closely the development of Taye Taiwo, Lukman Haruna, John Obi Mikel, Harmony Ikande, Rabiu Ibrahim, Victor Obinna, Daniel Adejo, Victor Anichebe, Ideye Brown among others. These players are still

relevant in the new National Team.
After this 2 years process with Home Based players, we should add 10 or 12 “foreign” players to achieve a competitive team so hungry for success to qualify and win in Brazil 2014.

Regarding tactical aspect, my main philosophy is to play offensively, pressing in the opponent's half of the field. With the amount of diversity in tactics in today's game, we need players who offer versatility. The more multifaceted players are, the greater flexibility you have in terms of team tactics.

Win-loss records don't occur by accident. Great accomplishments are not acts of magic. Success starts with wanting to be successful. I never entertain the idea of losing a game. I don't believe in moral victories. It is not my nature.

A winning program is built on a foundation of people, those with whom you work and interact including coaching staff, board members…even the secretary and field coordinator! Everyone you permit to affiliate with the National Team must have a winner's mentality.

We need to work together to benefit Nigeria. Games and Championships are won through team effort, and the guidance and leadership of the coaching staff and board members to give hope and joy to the fans.