‘I don’t get to feature in films anymore’ ---Kunle Afolayan 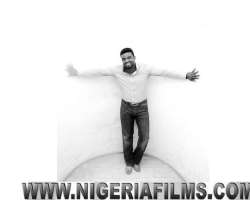 Since Kunle Afolayan made his first ever appearance in the movie industry in Tunde Kelani's film 'Shaworoide' in 1998, he has not looked back. The handsome actor is a native of Kwara State, from a family of theater practitioners. His father, popularly known as Ade Love, made waves in the 60s and 70s; two of his siblings are also active in Nollywood. In this interview with ALEXANDRA IBIWOYE, he talks about his latest film production 'Figurine', his plans for the future and his love for shoes.

How do you combine being an actor and a producer?

Being a producer is pretty difficult, because the work of a producer is to source for funding for films and in Nigeria it's hard to find independent producers everybody source for funding by themselves, whereas outside Nigeria you find independent producers. As an actor I have not been doing much because people don't really invite me to act in their films. I guess some of them think I charge so much, some of them have different reasons but as a director, it's very challenging because every day I need to expand my ability to interprete different genre of scripts and films; so it's pretty difficult, but it's ok. I'm coping.

How long have you been producing?

I started producing about five years ago.

What made you go into movie production?

I felt there was a need for a change in the movie industry, and if I remain an actor only, I would only feature in people's films and I won't really have a say. So, that was why I decided to at least learn the basic elements of film making.

Could you let us into your family background?

My parents were both in the theatre and film business, my father is late, I'm from a large family, I have a large number of siblings. Growing up was fun because most times we were either on set watching what they were doing or travelling with my dad's troupe.

If you were not an actor, a film maker, what other career would you have taken up?

I would have been a musician.

Because I love music, and even though I have never written any song of mine, I just know good music when I listen.

What would you say you put into your award winning film 'The Figurine' that made it break grounds?

I think it was just the fact that everything about it was different; it was treated like a serious film not like your average home video, from the scripting you'll understand what I'm saying because the script had a universal appeal. The production value is quite high, which distinguishes it from a whole lot of other productions. Most of the actors that were used interpreted their roles very well, so all put together kind of made it outstanding, kudos to all the cast and crew of the film.

Are you working on anything new?

We are working on a bigger film and hopefully in a couple of months we should start shooting.

When would you say was the turning point for you in your career?

I think my first appearance as an actor took me to starting level, and that was when I featured in Tunde Kelani's film 'Shaworoide', up till today a lot of people call me by that name, but as a film maker I think it was when I did 'Irapada', so 'Irapada' was the starting level for me, while 'Figurine' is an improvement in my film making career.

What state are you from?

Can you share an unforgettable experience you had on set with us?

What made you come up with the idea of your movie 'The figurine'?

I didn't write the script, someone did; though I came up with the idea, I reminisce a lot. I look at the environment around me, I look at what's happening, I look at what people are not doing right in the industry, I look at stories that would have international appeal, I look beyond the typical day to day naija way of life, I try to compare our ways with the non Nigerian ways, and that has been it.

As a film producer and an actor would you say you have gotten to the peak of your career?

What are the challenges you are facing?

These days I really don't act in people's films, but in my productions. I always face the challenge of being the actor, director and producer, which is quite cumbersome and it takes a genius to scale through that hurdle. But in the future I'll rather not produce; I'll just leave that to other capable hands, I'll concentrate on directing and acting.

As a fashionable man, what is that fashion item you can't do without?

I like to look good, but I cherish my shoes even if what I'm putting on is not worth it, you'll still see the money in my shoes.

What challenges do you face as a film maker?

The major challenge of an average film maker all over the world is funding; most people do not have a solution to it because it's a global thing, especially if you are an independent film maker. But if you find your way around marrying your story idea with that of those multinational companies, product placements, slots and commercializing a little bit, it seems to be an alternative way of raising funds. And in Nigeria we need to start improving on the production quality which definitely gives birth to production value and that's what takes your film beyond the shores of this country.

Nigeria also needs improvement in terms of basic amenities, which is one of the factors affecting our production, electricity, transportation; everything needs an improvement, and then when this happens things can get better production wise.

What would you like to say to your fans and the general public?

That they should keep being fans, and that I appreciate them a lot; and to those who are aspiring to be film makers they should get proper training because it pays. Learning on the job is good as well, but getting adequate training is most important.

No, it's never been crazy for me.