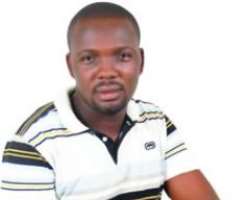 Yoruba movie producer and actor, Yomi Lukman Fabiyi, in this interview, x-rays the movie industry and speaks on other issues.

Are you disappointed that you did not win any award at the recently held City People Entertainment Awards?
Not at all. In fact, I called some of the winners to congratulate them and I sent messages on Facebook to those I could not reach on phone.

Are you also addicted to Facebook?
The social network has become one of my contacts and I appreciate the opportunity it gives. It gives me the opportunity to have a direct contact with my fans and admirers. You can relate with them and they can contact you easily.

You have featured in a number of films, which of them is most challenging?
Every movie has its own challenges, but as a professional actor you know they are all challenges you can deal with.

How do you distinguish between a naturally born actor and a trained one?
My brother, nobody is born an actor, we all came to this earth to learn the trade and in turn make it a means of living. Though our ability to interpret roles differs, it does not mean that a person that can interpret his roles well is a born actor. It's a matter of discipline and concentration.

How?
Do you want to train as an actor? That's a broader topic that will take our time.

Nollywood is adjudged one of the best movie industries, yet many have complained about the quality and in fact the quantity of films released, what is your view about that?
I do not feel comfortable with it, since am part of the system. We inherited the idea of homevideo, but I am so sad about the way things work in the industry. If drastic measure is not taken, all movie makers may be in penury. Only a handful of them will survive the storm, in fact, it is happening already.

But the general belief is that all of you are comfortable?
My brother do not be deceived.

What is the cause of these problems in Nollywood?
Lack of foresight. The first set of people that commercialised film making in Nigeria did not envisage these problems and if they do, adequate measures were not taken to keep it in check so that what they laboured for will not go in vain.

What are the problems?
First and foremost, how do you get certified as a professional film maker. What are the required standard of admission, and what are the roles of individual film makers to the government and the society at large? I will not say because I have followed Gani Fawehinmi around as his PA that makes me a lawyer. If I choose to take advantage of his experience and goodwill then I have to be qualified and should be admitted by the laid down requirements, but with us the case is different.

Do you mean majority of actors do not have the required qualifications in filming making?
Yes. It would have been better if most of us ( the star actors) limit our participation in the film industry to acting, but the moment we take sensitive roles as producers, cinematographers and film directors just because we are famous then there will be problem. Even Hollywood that is the master in the trade today still train and re-train their core practitioners who in fact have sound qualifications upon admission into the industry.

Do you know that the problems could have drastic effect?
My fear is that Nollywood is nosediving and the viewers are complaining. Nigeria's film industry should learn from sports, particularly football. Nigerians embraced our local leagues with passion in the 60s, 70s and 80s but when the sector failed to address its problems, the focus has shifted to the international leagues. Nigerians, apparently, tired of the quality of our local league shifted to foreign leagues. Though millions of naira have been spent to correct the situation, I am yet to see the signs that our local league is coming back to take its rightful position. As a result, we now have a small pool of talents to draw from for international competitions

What can be done?
Patriotism is the affirmation of the love for one's country or organisation in light of its best values, including the attempt to correct it when it is in error. The truth must be said. I am a youth ,you know, we do pray that God should guide the youth the truth to know, if not the future is at risk. Everybody has a role to play. All the filming associations have a larger role to play. They should put their houses in order before asking the government to come in. We know where the shoe pinches. A proper legislation should be enforced on all these film associations by the government. We need to know practitioners from business men in the film industry.

Let's get personal, how do you cope with your female admirers?
Very difficult task but I thank God I do not allow the fame to get into my head. The female fans with due respect can make or run you down. They come with both joy and sorrow, it is only with grace and carefulness that one can avoid problem. Ogbon lo gba o my brother (it requires wisdom, my brother).

When are you getting married?
I may not get married. Insane you will say that is, but it's a carefully and well articulated thought. I do not think I will be better off if married because marriage itself does not bring the happiness one desires .To me its values are no longer adhered to, the reason they even collect bride price has been overdue. I Just want to do my bit and go, perhaps live alone or with my kids only. I do not just want to get married, but if I have to, it must surely be to the one am sure we both truly love each other. And you know true love is scarce than money now.

Don't you think with your kind of job, it is not an open cheque to promiscuity?
Nah! Nah! It is an individual thing. People can judge me the way they want but I am better offbeing alone than to be in the wrong company. Marriage does not even put promiscuity to check now, so do not go there.

After Omi Adagun and Pajawiri what next?
It is cooking but they should have their pillows to their chests because the film will be so touching and may bring forth tears.

Any parting words for your fans?
They are one of my sources of happiness. Any time I know they are there for me, I know it is success. I love them all.