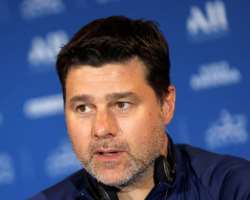 Former Paris Saint-Germain and Tottenham Hotspur coach, Mauricio Pochettino heaped plaudits on Germany after their 1-1 draw with Spain at the 2022 FIFA World Cup in Qatar.

Germany rallied back to draw Spainin their Group match at the Al Bayt Stadium.

In an interview, Pochettino extolled the performance of Germany against Spain.

Pochettino said: “This is the World Cup, its not easy to keep the same level as Spain show against Costa Rica. Germany are a great team, good players, tough opposition but a little bit worried for Spain. Maybe they feel the pressure of the game when the Germans go high to press. It was a tough game, Germany have an amazing team and it was a really good game.”

Germany have one point from two games at the Qatar 2022 World Cup.