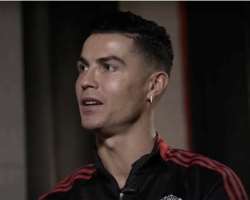 The Portugal forward's departure from Old Trafford follows a television interview in which he said he felt "betrayed" by the club and had no respect for new manager Erik ten Hag.

Ronaldo’s interview with saw United explore the possibility of terminating his contract seven months early without paying any of the £16million he is predicted to earn by June 2023.

United believed Ronaldo had violated his terms of employment with his criticism of the club’s US owners, manager Erik ten Hag, the club’s facilities, his team-mates and former Red Devils players including Wayne Rooney and Gary Neville.