Cas To Hear Chile Appeal On November 4 And 5 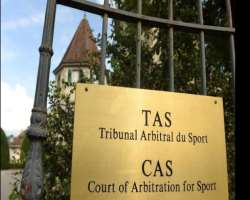 The Court of Arbitration for Sport (CAS) will hear the Chilean football federation’s appeal on November 4 and 5 against the decision by FIFA to allow Ecuador to play at the World Cup.

FIFA had earlier this month dismissed an appeal in the case of Ecuadorean player Byron Castillo, who Chile had alleged was ineligible to play in qualifying since he was born in Colombia.

Castillo played in eight of Ecuador’s qualifying games for the Qatar World Cup as they took fourth place, while Chile finished seventh. Ecuador have denied that the player was ineligible.

Reports suggest that Castillo has been asked to appear at the hearing, which will include arguments by the Peruvian football federation, who also lodged an appeal following FIFA’s decision.

Peru finished fifth in South American qualifying, missing out on the last automatic spot for Qatar.

A decision is expected by November 10, days before the World Cup kicks off on November 20 with Ecuador scheduled to take on hosts Qatar.