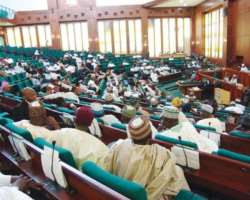 
ABUJA, July 26, (THEWILL) - The Ministry of Housing and Urban Development is currently enmeshed in allegations of fraud in the implementation of the 2008 and 2009 budget, and for this the Senate has summoned its Minister, Hon. Nduese Essien to come and explain the alleged financial sleazes which were contained in volumes of petitions.

The summons were via a letter of July 19 to the Minister, by the Senate Committee Chairman on Housing and urban development, Senator Ikechukwu Obiora, which was made available to journalists today in Abuja.

In the five paragraph letter, he asked the Minister to forward to the committee in two batches, all documents relating to the implementation of each project including letters of award, interim certificate, certificate of completion, payment vouchers, letters or endorsements from the communities where the projects were sited and any other relevant documents that may aid the committee in its deliberations.

"Batch 1 (2008 Budget) and Batch 2 (2009 Budget), should reach the committee before the close of business this Friday. The committee expects that the matter should be treated with the utmost seriousness it deserves," he said.

Senator Obiora further explained in the letter that the probe was sequel to numerous petitions and complaints bordering on outright fraud on the implementation of 2008 and 2009 budget provisions.

However, investigations showed that the Ministry was allocated the sum of N630.7 billion naira in the 2008 and 2009 appropriation Act.

The minister by the letter is expected to forward documents detailing the status of the financial expenditure of the Ministry for the two years.

It could be recalled that committee had in the 120-page preliminary report of its investigations lamented that the transaction lacked financial accountability. The report reads in part; "We sought to ascertain the number of houses so far sold and those yet to be sold by the Presidential Implementation Committee (PIC), the beneficiaries of the sales so far conducted by the PIC, the total revenues so far realized from the sales conducted and the total expenditure so far incurred by the PIC.

"Regrettably, our committee was confronted with fragmentary and incomplete financial records of the activities and operations of the PIC since its inception.

"Preliminary investigations by our financial consultants revealed that the approximate sum of N1, 236,074,517 payable to the federal government is already missing."

On vacant lands, the committee said "we were informed that allocation of vacant lands have been going at the instance of the Minister of Lands and Urban Development who is the Chairman of the PIC and that these allocations were not preceded by an form of public advertisement or bidding process.

"However, neither the ministry nor the PIC could explain the modalities for these allocations. We were not allowed access to any documentation regarding the said allocations. More work is needed to unravel the racketeering going on with respect to vacant lands.

"There is no geographic information systems database of all federal lands showing built-up vacant lands. Because we were not allowed access to the documents, we shall invoke our constitutional powers to compel the minister to appear before the committee to produce all relevant documents relating to allocation and sale of vacant lands. Our final report shall contain our findings and recommendations on this issue."