Mourinho  to hold on to  Abraham amidst EPL interest 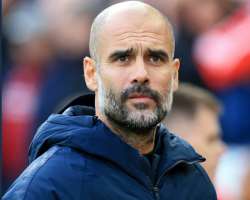 Abraham signed a five-year deal at the Stadio Olimpico last August, joining the Giallorossi from Chelsea for £34 million.And 2022-23 proved to be the 24-year-old's best-ever season as he scored a career-high 27 goals in 53 games across all competitions. Those goals included nine in Europe as Roma won the inaugural edition of the Europa Conference League to claim their first silverware in 14 years.

His form saw him recalled to the England squad - where he'll be hoping to cement his place ahead of this winter's World Cup in Qatar.

Interest from Arsenal and United would not come as a surprise - both are in need of a centre-forward - but, according to fresh reports. Abraham is not for sale in Mourinho's eyes.

A move to Old Trafford wouldn't make much sense as far as Abraham's World Cup chances are concerned anyway; he'd be competing with Cristiano Ronaldo for a spot up front.

Arsenal, meanwhile, appear to still be chasing Gabriel Jesus - while Eddie Nketiah has just put pen to paper on a new five-year contract with the Gunners.

Speaking about his future in an interview with DAZN last month, Abraham said "I love this club. They’ve given me the opportunity to show myself, my heart is here. We’ll see what the future holds, but my heart is here."