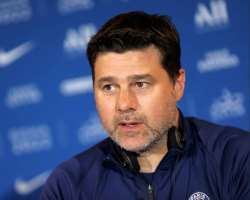 Paris Saint-Germain have reached an agreement with head coach Mauricio Pochettino that will see the Argentine leave his role ahead of the upcoming season after 18 months in charge, The Athletic has learned.

Pochettino is believed to have met the PSG hierarchy last week to discuss the 2021-22 campaign, during which his men won Ligue 1 but lost to eventual winners Real Madrid in the Champions League round of 16.

It is understood the conversation produced a mutual decision that the former PSG captain will not continue in the Parc des Princes dugout, with both sides identifying a parting of ways to be the most sensible step.

Given Pochettino’s contract was scheduled to expire in 2023, his exit still needs to be finalised. But the club are already looking for their new leader; Christophe Galtier of Nice is thought to be among various options.

Pochettino had chances to depart the French capital last summer — Real placed him high on the list of candidates to succeed Zinedine Zidane and Tottenham Hotspur showed firm interest in naming their ex-manager as Jose Mourinho’s replacement — however, a move for the 50-year-old did not materialise.

That followed Pochettino establishing himself as just the third PSG boss to guide them to a European Cup semi-final, beating a Lionel Messi-inspired Barcelona and defending champions Bayern Munich en route.

His charges also lifted the French Cup and while they were surprisingly pipped to the top-flight crown by Lille, Pochettino had inherited a team which was third when he took over from Thomas Tuchel in January 2021 and improved their points-per-game ratio.

On the one other occasion their Qatari ownership changed coach mid-season — swapping Antoine Kombouare for Carlo Ancelotti in December 2011 — that, too, failed to result in a league triumph.

They did so by the biggest margin and Manchester City were the only winners to gain more points, although question marks persisted about the style of play and supporters vented their displeasure. Meanwhile, the constant links to potential employers such as Manchester United became a theme of Pochettino’s tenure

He stunned City to make the Champions League semi-finals with Tottenham in 2019, but his PSG were eliminated by them in 2021 and the nature of a collapse against Real in March felt fatal to his future.

Barcelona, Bayern Munch, City and Real provided the opposition in 10 of Pochettino’s 14 Champions League games at PSG, yet ultimately he suffered the same outcome as Tuchel, Unai Emery, Laurent Blanc and Ancelotti. Each of that quartet bar Blanc has carried on working at the elite level and subsequently collected major European silverware, indicating there is life outside PSG.

There has been criticism for what Pochettino was able to achieve with the resources at his disposal, but the comparable challenges those predecessors experienced suggest the unique environment of PSG might not be the most accurate barometer of coaching prowess. He was not aided by arriving in the middle of the COVID-19 pandemic, nor the protests and anger directed towards some players and executives at games.

The collateral damage Pochettino has sampled goes beyond PSG, as the long-term favourite to secure the United post missed out to Erik ten Hag.

Considering how close he came to that vacancy and the regard in which the former Espanyol and Southampton trainer appears to be held across the industry, there is a good chance he will remain in contention for leading opportunities going forward.