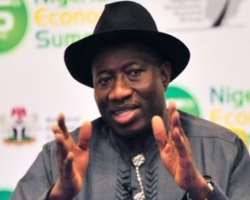 
ABUJA, July 20, (THEWILL) - A budget proposal of N236.587 billion naira for the 2010 fiscal year for the Niger Delta Development Commission (NDDC) has been submitted to the House of Representatives by the President, Dr. Goodluck Jonathan.

President Jonathan in the letter urged the National Assembly to grant the budget an ‘expeditious consideration and approval’ noting that the submission of the budget proposal was in line with section 18 (1) of the Niger Delta Development Commission (Establishment).

Others include N300 million naira for agricultural and farm implements and assembly plant in partnership with Czech companies with N1.2 billion naira voted for mass transit phase two for the Niger Delta Region and development of Mechanic Workshops and Motor parks.