DAKINGARI VS ALIERO: THE UNFOLDING DRAMA 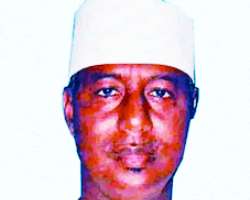 Dakingari
Those itching to see the end of the political face-off between Governor Saidu Usman Nasamu Dakingari and his predecessor, Senator Muhammad Adamu Aliero, have a long wait ahead of them as the frosty relationship between them keeps changing and assuming different dimensions. Everything on the political scene in the state is determined along the lines of these two powerful camps.

The political face-off which became pronounced with the 'liability' issue which saw both sides trading accusations and counter accusations on whether or not the present administration inherited any liability from the preceding one denegerated to the point of a fresh crisis, but actually remains one and the same issue which is battle of supremacy on who controls the soul of Kebbi State.

The 'liability' or debt issue which dominated every news emanating from the state for months got so ugly that it led to the setting up of a committee by the State House of Assembly to find out the true picture of the situation which resulted in the House requesting Governor Dakingari to produce the hand over notes from his predecessor, a request which he replied by saying there were none as his predecessor did not leave any. This began the controversy over the hand-over notes.

Then came the leadership tussle within the Peoples Democratic Party (PDP) with the state Deputy Chairman, Alhaji Suleiman Nasiha claiming to be the acting chairman following the appointment of the then chairman , the late Alhaji Kasimu Baura as the state Attorney-General and Commissioner for Justice even when he chaired and organized the inauguration that brought in Samaila Jada as replacement for the late Baura.

Like every other political issue in the state, the leadership tussle was drawn along interest lines. The Nasiha group was said to be loyal to the Aliero camp and as such, were allegedly sponsored to return the party machinery to Aliero and his younger brother, Abba Aliero, who were said not to be taking the loss of the state PDP machinery which they regarded as their exclusive right lightly.

The Samaila Jada Jega faction was said to be loyal to Governor Dakingari whose mandate was to keep the party machinery within the Dakingari camp. This new crisis began to take a dangerous dimension with some stakeholders, accusing the PDP National leadership under then National Chairman. Prince Vincent Ogbulafor of fanning the embers of confusion by allegedly taking gifts from some individuals and thus taking sides without coming to the state to ascertain the true state of things.

The problem was eventually resolved by the party after the resignation of Ogbulafor, which resolved that, only an individual from the old PDP membership from Kebbi Central Senatorial Zone could be the PDP Chairman. This calculation automatically knocked out Nasiha who is not of the old PDP. But one of the All Nigeria Peoples Party (ANPP) members, who defected with Senator Aliero to the PDP just before the 2007 general elections.

Secondly, Nasiha is not from Kebbi Central Senatorial Zone, but Kebbi South. Jada, recognized as authenic party Chairman had all the qualifications, being of the old PDP and from Kebbi Central, but lost out because of allegations of inactivity, slow nature and penchant for going late to every function which led to his being locked out of the last PDP NEC meeting in Abuja. With the factional chairman Nasiha not eligible to contest, and Jada considered unfit for the PDP top job in the state, the coast was clear for the emergence of Alhaji Mansur Shehu as the state Chairman of the party.

With the leadership tussle effectively resolved, the next drama, this time came with the sacking of the 21 Local Government Chairmen. Trouble began when the state House of Assembly with a simple majority on February 25 passed a bill reducing the tenure of the chairmen from three to two years in office. The chairmen who refused to accept their removal from office decided to drag both the state government and House to court.

On June 1, 2010, the High Court sitting in Birnin Kebbi presided over by Justice Ambursa ruled in favour of the chairmen. The state government responded quickly by filing a motion of stay of execution, and subsequently filed went to the Appeal Court in Sokoto. Events took a dramatic turn, however, when the former chairmen called a Press conference and informed journalists that the court on June 25 ordered that they should be returned to office within 24 hours. They, however, could not produce the copy of the court ruling giving such an order. Instead, they referred journalists to the earlier judgment on June 1.

However, lawyer to the state government and the Assembly, YC Maikyau (SAN), described the claims by the chairmen as mere fabrications, saying no such order was given by the court, adding that even if that was the case, certain procedures were to be followed. He said it had a likelihood of affecting only the former Chairman of Dandi Local Government and 11 councillors members and not the other chairmen because they were not joined in the suit, but wanted to benefit from the so called order.

This almost resulted to breakdown of law and order at the headquarters of some of the local government areas, the next day as the former chairmen tried to force their way into their offices. The prompt and timely intervention of the police saved the day. It averted what may have turned into a bloody clash between supporters of the former chairmen and those of the serving sole administrators. They were told by the police that the order for enforcement had to still come from the court if indeed the court gave such an order.

Many people who probably saw the problem between the sacked chairmen and the state government as just a legislative decision that the executive had to comply with were wrong, as yet again, the root cause of all crisis in the state in recent times the 'Dakingari/ Aliero' factor once more was said to be at the center of this new conflict. It is alleged that, the chairmen who were all single handedly picked by Senator Aliero's brother and known Aliero boys were being used to ensure that the party machinery remained firmly under his grip. A plan which angered not just the Dakingari camp but members of the state House of Assembly, who are bent on reducing Aliero's influence in the state.

In all of these political maneuvers, and despite the relentless efforts and pressures on the Dakingari government by the Aliero camp, the Dakingari camp seemed to be weathering the storm, probably due to the power of incumbency. But, the battle does not look to be abating at any point as it keeps assuming different faces. Everyone in the state is waiting to see the next phase the battle will assume.