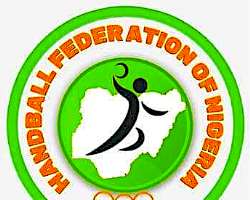 The Handball Federation of Nigeria (HFN) has released its programme of activities for the year 2022.

Secretary-General of the federation, Alhaji Maigidansanma Mohammed, who released the list, said the programmes for the year will enable the HFN to adequately plan for its activities in the course of the year.

The activities, which majorly centres on the national teams and domestic programmes, begins with the National Division One League, the 2021 edition, which is to hold in February.

The winners of the Division One League will qualify for the Prudent Energy Handball Premier League 2022 and its first phase will hold in Abuja in May 2022 while the second phase would hold in October in Lagos.

Then the 2022 edition of the National Division One League will hold around November on a date to be decided. Teams will qualify for the top tier Premier League in 2023.

The winners of the 2021 Prudent Energy Handball Premier League will participate in the 38th Africa Clubs Championship for the Winners’ Cup in April.

The two championships will hold in Rwanda.
The underage national male teams will also participate in the IHF Challenge Trophy from the 11th to the 17th of April 2022.

The senior men national handball team, otherwise known as the Golden Arrows, will participate in the 25th Men’s Senior African Nations Cup which hold from the June 22nd to July 2nd 2022 in Morocco while their women counterparts, the senior national women's handball team will soon commence preparations ahead of the 25th Women’s Seniors Africa Nations Cup which will hold from the 9th to 19th of November in Senegal.

The officials are not left out as the Handball Federation of Nigeria (HFN) have also planned training and seminars for them in the course of the year. The officials include but not limited to handball coaches and referees.