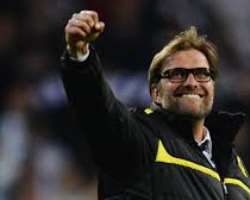 Nicholas Mendola
Liverpool manager Jurgen Klopp and defender Virgil van Dijk agree on two things: Leicester CIty deserved its 1-0 win over the Reds on Tuesday and there's no need to look at the Premier League table.

That last part does carry some disagreements between the two, however minor. Van Dijk doesn't want to look because it's early in the season, while Klopp says that the gap doesn't matter at all if his team plays the way they did Tuesday.

You can understand why Klopp's angry: The Reds are now six points behind Manchester City and they lost 1-0 to a team that was missing a bunch of players and allowed six goals to Man City on Sunday.

“It's a big gap,” Klopp said on NBCSN. “In this moment, the gap to City is not my problem if we play this football like this more often, we don't have to think about it. If we play our football, Liverpool football, then we have a chance to win a lot of football games and we'll see where we end up.”

Sure was, though Liverpool cannot complain about anyone who lauds former boss Brendan Rodgers and his Foxes, who got the job done with one shot on target and resolute defending in the box.

Still, all that told, Liverpool's Mohamed Salah had a penalty saved and put the rebound off the crossbar. Sadio Mane missed multiple chances to score, and there were openings all over the 18 in a frantic final 10 minutes that saw Liverpool cement its shots advantage at 16-4. More Premier League

All that and a Leicester City counterattack means Liverpool lost 1-0. And Klopp said he wasn't terribly surprised when Man of the Match nominee Kiernan Dewsbury-Hall set up Ademola Lookman's winner.

“It was a little bit like you could see it coming a little bit,” Klopp said. “They had one shot on target but we didn't win the ball back high up the pitch. We should've done it and defended better. Why we didn't, it's really difficult to explain. So many performances below a normal level. No explanation.”

“They deserved the win but it was obviously down to us,” Van Dijk said on NBCSN. “We were poor in the final third. They didn't create much but they beat us on the break. Credit to them. Everyone has to look in the mirror and improve.”

[ MORE: How to watch Premier League in USA ]

“What can we say? We're in December. The season is still so long. Anything can happen. We've seen it with the COVID and injuries. There's no point for us to love at them or look at Chelsea or look at other teams around us. We should look at our performance, improve, and take it into the next game.”

Leave it to Klopp, though, to put a bow on the proceedings.

“It was a very strange game, just not good enough,” Klopp said. “They didn't want to play football and what we did with the ball was just not right. We played a really bad game.”

“Defeat is a defeat. The first thing is don't do it ever again like this. It's our fault.” Transfer news