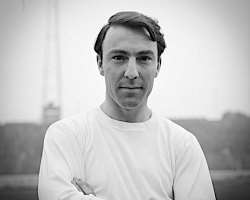 One of England's greatest ever forwards, Greaves scored 44 goals in 57 international appearances and is Spurs' record goal scorer with 266 goals in 279 games.

Greaves also played for AC Milan and West Ham United and scored a total of 366 top-flight goals during a 14-year career, which stood as a record for most goals scored in Europe's top five leagues for 46 years until it was broken by Cristiano Ronaldo in 2017.

A member of England's 1966 World Cup-winning squad, Greaves missed out on the final after getting injured during the tournament. He was replaced by Geoff Hurst, who scored a hat trick in England's 4-2 win against West Germany.

Problems with alcoholism cut Greaves' career short at the age of 31 and he also had health issues during his later years and suffered strokes in 2012 and 2015.

Gary Lineker, a former Tottenham and England striker, said: "Terribly sad news that Jimmy Greaves has died. Quite possibly the greatest striker this country has ever produced. A truly magnificent footballer who was at home both in the box and on the box. A charismatic, knowledgeable, witty and warm man. A giant of the sport."

England manager Gareth Southgate said the national team would pay tribute to Greaves in next month's World Cup qualifier against Hungary at Wembley, while Spurs and Chelsea also paid tribute to their former player.

"Jimmy Greaves was someone who was admired by all who love football, regardless of club allegiances," Southgate said in a statement released by the Football Association.

"I was privileged to be able to meet Jimmy's family last year at Tottenham Hotspur as the club marked his 80th birthday. My thoughts are with them and I know the entire game will mourn his passing."

He attracted interest from Italy and signed with AC Milan in 1961, but only managed 12 appearances and nine goals in his single season at the club. (ESPN)