LETTER OF COMPLAINT AND PETITION 1 & 2 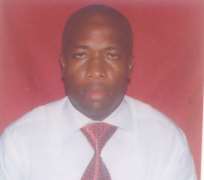 (A Firm of Consultant Biochemist),

Also, I won world best handset (MTN SIM ie 2348038807988 or 08038807988) ie international award around July 2009 (MTN or G.S.M international headquarter erased or deleted street or line names, street or line numbers, towns or institution in my contact addresses leaving only personal names and company names,some partly deleted) but MTN and international institution involve are withholding my money for nothing (see enclosed letter of complaint and petition to MTN Nigeria). I wrote to all Nigerian Newspapers and magazines about this (through e-mail) and Nigeria Sunday Independent reported this in their editional (November 15, 2009 page 14 and captioned it “ Before I see MTN as fraud” after extensive and thorough investigation.

In conclusion, please send all my money (from MTN world cup naira splash, Text Go To 2010 promo, international award and Gist me promo), fixed deposit interest (world bank or commercial bank as the case may be) and even gifts as soon as possible. Enclosed within is letter of complaint and petition to Chairman, Managing Director/CEO, MTN Nigeria dated 10th November, 2009 (copied to Governor, Central Bank of Nigeria, Director General, Security and Exchange Commission, Executive Vice Chairman/CEO, Nigerian Communication Commission (NCC) etc.I comrade Emenike Nwabachili is also the discoverer of the solution to STD especially HIV/ AIDS since 20th March, 2001. I won Nobel Prize Award in Medicine, Physiology and Peace in 2009. All the best. Thanks.


Nwabachili Emenike Chinedu (Comrade),
Eminence Consult,
(A Firm of Consultant Biochemist),
No. 98 Zik Avenue,
Awka,
Anambra State.
10th November, 2009.
The Chairman,
Managing Director/CEO,
MTN Nigeria,
Golden Plaza, Falomo,
Ikoyi, Lagos.
Dear Sir,
LETTER OF COMPLAINT AND PETITION
It was around June or July 2009, that I noticed in my MTN handset (08038807988) that my stored contact addresses (Street or Line numbers, street or line names and even punctuation marks) have been completely deleted or erased leaving only personal names and company names (some partly deleted). I intended to sue MTN Nigeria to court because of this expensive embarrassment.

No doubt, in between 7.00pm and 9.00pm on Wednesday 9th September 2009 or Thursday 10th September 2009, I received text message from MTN Nigeria using their personalized or customized number (NIG MTN) and it says you have been luckily assigned N1m in the 2010 game of life. Visit www.soccer2010.net.ms immediately for confirmation CODE 462070. I log in the Net (Internet) using the above mentioned direction on Saturday, 12th September, 2009 in between 11.00am and 1.00pm. They requested for my bank (Intercontinental Bank), my account name (Nwabachili Emenike Chinedu), my account number (I inputed my old savings account number 0026E37962215. My new savings account number is 0026110000039859. It is still the same account), ATM Pin Number (which I don't operate) and I furnished them (MTN) accordingly. A few minutes later they (MTN) replied (through the same log in as stated above) that my account have been verified that they will call my phone within 24hrs. They didn't call as they stated and I didn't see any N1million money transfer (from MTN Nigeria) in this my bank account which I rightly furnished.

I log in MTN Nigeria website (www.mtnonline.com) and in the column for game of life promo I saw only names of those that won N1million in July 2009 (they are Olunkunle Olaofe, Patience Ogwai, Charles Okorie, Prince Sadjere, Sylvester Ijabor, Ugonna Simon).

No doubt, in Nigerian Compass (Newspaper) of Monday September 21, 2009 page 38 there is one caption, “MTN produces 27 millionaires”. This Day Newspaper of Monday September 21, 2009 reported this same event on page 44 and captioned it MTN promo: Teenager, 26 others become millionaires. In this write ups they said that 18 years old secondary school leaver, Grace Adegbola and 26 other's recently stepped to the podium to collect N1million cheque each, their winning prizes in the MTN FIFA 2010 Quiz promo aptly tagged FIFA Game of life. They said that this ceremony was held at Oceanview Restaurant, Victoria Island, Lagos (they didn't state the day of the ceremony but might be Saturday 19th September, 2009 or Sunday 20th September, 2009 before Monday 21st September, 2009 it was reported in Nigerian Compass and This Day newspapers. This write ups also said that the newest millionaires were joined in the celebration by other categories of the promo. The write ups also said that Mr Kenechukwu Okonkwo, Manager, loyalty and retention MTN Nigeria said 22 other winners of N1 million prize had been presented with their prizes at earlier events. He said apart from these winners who have been presented with their cash rewards, the remaining N1 million winners who have been contacted already will be given their cheques later as they cannot be physically present due to some logistic reasons. This write ups said that the promo grand prize is N10million, others are N5million and N2.5million respectively. The prizes come with all expenses paid trip (winner and spouse) to watch matches at the 2010 world cup in South Africa. This write ups also said that some of the dignitaries that graced the event were Alhaji Bello Kankarufi, Registrar of the Advertising Practitioners Council of Nigeria (APCON), Chief Deolu Ogubanjo, Chairman of GSM subscribers Association of Nigeria and Representatives of the Nigerian Communications Commission.

In addition, I suspected fraud (criminal deception) in this FIFA 2010 game of life promo when I didn't saw this latest development (September winners) in MTN website (www.mtnonline.com). I didn't even see the name of Grace Adegbola the young lady MTN sampled in this September 2009 edition of FIFA 2010 game of life promo winners (at Oceanview Restaurant, Victoria Island, Lagos) talkless of 26 other's that won N1m each in MTN website (www.mtnonline.com). I don't even know why MTN Nigeria won't bring out full names, addresses and pictures of 2010 game of life promo N1million winners (September edition) as practiced by other sister G.S.M company in their website and in various newspapers.

In conclusion, the NIG MTN in G.S.M phone number space in this text message is exclusive to MTN and is controlled from MTN Head Office computer room under Managing Director's strict supervision (so there is no need to say or establish that this text message is the work of cyber fraudsters or internet fraudsters unless this is MTN orchestrated design to eat people's money for nothing i.e. internal fraud). So MTN Nigeria highest authority knew about it. Please fraud is detrimental to MTN image, so send my N1million as stated in your text message to me or if I am the grand prize (N10million, N5million, N2.5million) winner or National or International MTN or G.S.M award winner because of this discovery (I always use queen's English i.e. standard educated English in my text messages and contact addresses. I always use street or line names, street or line numbers in my contact addresses. All these are well punctuated). Please send my money to me as quick as possible because I am ready to sue MTN Nigeria to court because of this. Also send (text message) all the names and addresses of FIFA game of life promo (September winners) winners (27N1million winners and star prize winners) to me through my MTN number (08038807988), to MTN website (www.mtnonline.com) and publish it in all our National newspapers in order to guarantee transparency and honesty. I (through my MTN number 08038807988) have sent the gist (main points) of this letter through text message to chairman, managing director MTN Nigeria (through 0803) on Friday 6th November, 2009 around 9.00am. No doubt, GSM regulatory bodies in Nigeria like National Communication Commission (NCC), Central Bank of Nigeria (CBN) and Security and Exchange Commission (SEC) must hear this (either through text message, E-mail or manual letter writing). I Comrade Emenike Nwabachili is also the discoverer of the solution to HIV/AIDS sine 20th March, 2001. Thank you for your anticipated approval. All the best of luck.