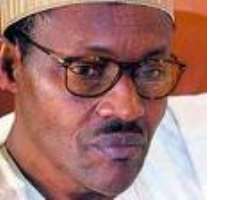 By Oluremi Olatunde Famous, Abuja
The presidential candidate of ANPP in the 2003 and 2007 elections retired General Muhammadu Buhari has called on Nigerians to insist on the full implementation of the Justice Uwais electoral reforms recommendations. General Buhari made this call when some members of the Foundation for Good Governance and Development in Nigeria (FGGN), Nigeria Watch (UK), and Concerned Nigerians Abroad (CNA) paid him a courtesy call during his recent visit to the United Kingdom . He repeated his call on President Yar'Adua to cut his 7-Point Agenda to 1-Point Agenda - Electoral Reform. The General is of the opinion that if Nigeria gets its electoral reforms right, every other issue will follow and that Nigerians must know that elections cannot be a do-or-die affair and be allowed to elect their leaders in a truly free and fair election.


He decried the insecurity in the country with the incessant kidnapping and armed robberies going on in the country, especially in the Niger Delta region. The retired general said that the PDP-led government lack discipline; hence for the past 10 years no appreciable impact has been recorded by the country in terms of infrastructural development and capacity building. He frowned at the colossal failure of the power sector with huge financial fraud perpetrated by PDP party officials in concert with state officials.

General Buhari said that he was in London as part of his consultation with Nigerians and his supporters. He said that in 2011, Nigerians might wake up to hear that all elections have been conducted and results announced, going by what happened in Ekiti State . He called on Nigerians to join him in rescuing Nigeria from the evil of the PDP.


During interactive session with the delegates, he was asked to confirm his readiness to use the law courts again to claim his mandate if he were to contest 2011 presidential elections and a similar scenario occur as in the last two elections. The respected general said that PDP has destroyed the fundamental foundation of Nigerian society including the Police, the Army, The Legislature and the Judiciary. He promised to consult widely on the appropriate cause of action to take come 2011 if the polls were not free and fair. On his problems with ANPP, he said that he was willing to remain in ANPP if some the leadership were changed. The change in some of leadership has become necessary because some members of the current leadership have turned the party to an extension of PDP and that he cannot be in PDP by proxy. He however emphasised that he is intensifying his consultation with other progressive Nigerians, especially the six political parties that gave him their mandate in 2007 before reaching any decision.


The general thanked Nigerians for giving him the overwhelming support during the two presidential elections which the whole world and Nigerians adjudge to be rigged. He opined that Nigerians and the world know that if these were free and fair the results would have been in his and his supporters favour.


General Buhari said that he was in politics to lead Nigerians to rescue the country from the road to stagnation, if not destruction, that the ruling political class have been pushing the country through for the last 10 years. He therefore said that he will not quit politics irrespective of several threats to his life and the lives of his supporters. He called on Nigerians in Diaspora to continue to play an active role in reshaping Nigeria because we all have no other country but Nigeria .