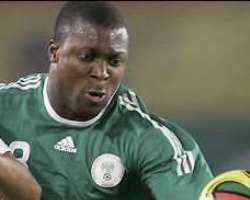 Yakubu
It is the pride of every footballer to feature at the World Cup. Beyond boosting their individual profiles, playing at the world's biggest soccer stage enhances the market values of the footballers, particularly, when a player puts up a brilliant showing at the Mundial usually watched all over the globe.

It is, therefore, little wonder why the competition among footballers to make the final list of their respective national teams is usually keen, sometimes, to the point of desperation.

Before they went to South Africa for the ongoing World Cup, many of the Super Eagles of Nigeria had their dreams and aspirations. Although many did not give the Nigerian team a chance to go beyond the group phase, the players, some of whose careers were on the decline, had, in the main, looked to use the tournament to re-launch their games so that they could attract lucrative offers from some of the big clubs across Europe and other parts of the globe.

That the Super Eagles had a dismal outing at the event is no longer news. However, some of the players in the Nigerian squad to the Mundial had their dreams dashed and must be counting their loses by now following the team's early exit from the competition. Interestingly, some other players in the team are all smiles with lucrative offers following their individual brilliance in the few matches they played at the championship.

Saturday Sunsports presents the players whose dreams were dashed and those set to reap from sheer individual brilliance in what could be rightly described as different strokes.

Vincent Enyeama
The former Enyimba International shot stopper had a brilliant outing at the World Cup and has turned a beautiful bride of sorts with many clubs in Europe said to be seeking his signature for the new season. His fantastic saves in the matches against Argentina, Greece and South Korea earned him the second best goalkeeper in the first round of the tournament according to FIFA rating.

Prominent among the big clubs on his trail is Arsenal of England, but the Akwa Ibom State-born goalkeeper, who currently plies his trade in Israel, is most likely set to switch camp to English Premiership side, West Ham United.

Kalu Uche
The Almeria of Spain attacker is another player, who had a five-star showing at the World Cup in South Africa. His three spectacular goals in his debut at the World Cup were enough to put him in the global spotlight. The skilful player is on the radar of a number of big clubs in Europe, particularly, West Ham of England, to the delight of the officials of his club, who are looking to harvest from his imminent transfer.

Haruna Lukman
One of the revelations of the 2010 World Cup, the captain of the Korea 2007 FIFA Under-17 World Cup victorious Golden Eaglets, confounded football fans with his sublime skills and maturity on the pitch, particularly, in the match against the star-studded Argentine team in the opening Group B fixture. The manner he marshalled the Nigerian midfield against the more experienced Argentines, including Sebastian Veron, endeared him to officials of AC Milan of Italy, who have splashed £5million on the former Monaco of France midfielder in a big career move for the former Flying Eagles' captain.

Taye Taiwo
The former Lobi Stars of Makurdi left wing back is on his way to actualising his ambition to switch from the French Ligue 1, where he currently plies his trade with Olympique Marseilles, to the English Premiership. His brilliant outing at the World Cup in South Africa has attracted interests from some top teams in Europe, including Manchester City of England, Inter Milan of Italy and Athletico Madrid of Spain among others.

Athletico Madrid is said to be pushing harder than the rest for the signature of the strong defender, who is reputed for his bullet shot and attacking instinct.

Danny Shittu
Danny Shittu is obviously one of the players that made the most of the 2010 World Cup. The massively built rear guard did not feature in any match for Bolton Wanderers throughout last season in the English Premiership. Many raised questions about his inclusion in Nigeria's squad to the 2010 World Cup in South Africa over his current form and fitness level for a major tournament such as the World Cup. He not only proved his critics wrong, but confounded football fans with the manner he stood in the Nigerian defence like the Rock of Gibraltar, wadding-off attacks from Nigeria's opponents and, in some instances, clearing away balls off the goal line to the relief of Nigerians.

His brilliant showing attracted many clubs in Europe, particularly, teams in the English Premiership, some of which are already making inquiries about the Nigerian international ahead of the new season. He is expected to reap bountifully from his impressive outing in South Africa.

Among the teams said to be on his trail are Wigan Athletics and Sunderland, both in English Premiership.

John Utaka
The former Enugu Rangers International player, who had a dull season at relegated Portsmouth of England, had looked to use the World Cup to revive his career. He, however, had his dream shattered by the Super Eagles' gaffer, Lars Lagerback, who did not give him a look in throughout in all the three matches played by the Nigerian team before crashing out of the tournament after the group phase.

The result is that the clubs that earlier indicated interest in the player, including his former French team, Rennes, are now pricing him as low as £2.5million, a far cry from the £7million paid by Portsmouth for his transfer from Rennes.

Osaze Odemwingie
Prior to the World Cup, Osaze Odemwingie was on the radar of some English Premiership sides following his impressive showing during the World Cup qualifiers and the Super Eagles' build up to the Mundial. The 2010 World Cup in South Africa, however, turned out a nightmare for the reigning Nigerian Footballer of the Year, as a bust up with the Super Eagles' manager cost him a first team shirt.

He failed to live up to his pre-tournament rating in the game against Argentina where he was substituted, as well as in the match against Greece, where he came in as a substitute.

The consequence of his poor outing at the Mundial in South Africa is the seeming decline in the number of clubs that earlier showed interest in the former Bendel Insurance of Benin forward.

Onyekachi Apam
The former Enugu Rangers defender had his dream of making his debut at the World Cup in South Africa dashed by injury. But his impressive performance during the Super Eagles' build up to the Mundial did not go unnoticed, as French Ligue giant, Rennes, has already snatched him from rival, Nice FC, for £5million ahead of the new season.

Yakubu Aiyegbeni
Not many had confidence in the ability of Yakubu Aiyegbeni to deliver at the 2010 World Cup in South Africa, and the Everton of England striker did not prove his cities wrong. His unpardonable misses in front of goal largely contributed to Nigeria's early exit from the first World Cup on African soil.

The former Julius Berger of Lagos striker, who has been described as the worst striker by Argentine legend, Diego Maradona, has become a leper of sorts in the transfer market.

Prior to the World Cup, he had overtures from a couple of English Premiership clubs, particularly, West Ham United. But his dismal outing in South Africa appears to be haunting him as his market value has expectedly dipped. Clubs that were making inquiries about him have since back-pedalled.

A fan of the Super Eagles remarked that by his poor showing in South Africa, Aiyegbeni has effectively retired himself from international football.