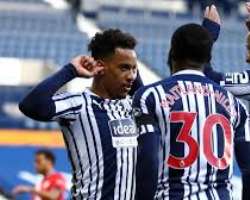 West Bromwich Albion were relegated from the Premier League on Sunday after a 3-1 loss at Arsenal sent them straight back down to the Championship after one season in the top flight, according to AFP.

The defeat left the Baggies in 19th place with 26 points, 10 points behind fourth-bottom Burnley with only three games left to play. It is the first time manager Sam Allardyce has suffered relegation from the Premier League during his 17 campaigns.

West Brom started brightly but struggled to move the ball into good attacking positions, and when they did they failed to get their efforts on target. Arsenal, on the other hand, put on a brilliant display of finishing to condemn them to the drop.

Pepe had another thumping effort saved by Sam Johnstone early in the second half and, with Saka carving West Brom open down the left, Arsenal had lots of chances to add to the score.

However, Matheus Pereira pulled one back for the visitors in the 67th after a surging run from deep inside his own half ended with him scoring from West Brom's only shot on target.

That was all the Baggies could muster and Willian's brilliant 90th-minute free kick wrapped up the points for Arsenal, who are in ninth place on 52 from 35 games.

West Brom will join basement club Sheffield United, who are already down, in the second-tier next season, but defender Kyle Bartley was in defiant mood despite his side's relegation.