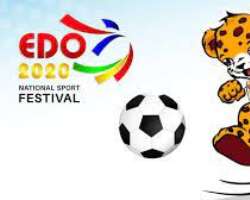 The old rivalry between Edo and Delta state is being rekindled at the ongoing Edo 2020 National sports Festival as the two teams are locked in a battle Royale for supremacy on the Medals table.

Delta who are the defending champions and currently topping the medals table will have to contend with host Edo for the top spot.

Right from day one of the games, Delta has left no one in doubt about their determination to retain the title. Team Delta has 30 medals with 12 gold, while Edo are on 31 medals with 10 Gold medals.

Team Delta have been promised One Million Naira for each Gold medal to spur them to podium performance.

Team FCT, Zamfara and Taraba are yet to get a single medal.

Bendel was a single state before Edo and Delta were carved out , now the rivalry is going to get intense as they lock up horns in medals battle.