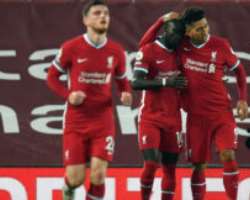 The Deloitte Football Money League is one of those lists that every single season people sit up and pay close attention to.

Given the current financial situation across the globe, there is even more scrutiny on it this year as to how this is impacting the biggest clubs on the planet.

Deloitte have released their 'Money League' list for the 2019-20 season and only one club (Zenit St Petersburg) in the top 20 has seen revenue increase compared to 2018-19. One club.

Barcelona and Real Madrid hold on to the top two spots in the top 20 as they generated revenue of $858.7 million and $858.6 million respectively, as Barca just hung on to top spot. Bayern Munich moved up one place to third with $761.4 million.

In terms of the Premier League, Manchester United have slipped one place to fourth overall as they have revenues of $697 million and their bitter rivals Liverpool are catching them. The Reds moved up two places in the list to sit in fifth overall with $671 million, and that is the first time in almost 20 years that they've been in the top five.

Manchester City remain in sixth, Chelsea moved up one spot to eighth and Tottenham fell one place to ninth with Arsenal sitting steady in 11th. So that's all of the Premier League's 'big six' in the top 11, while Everton moved up two places to sit in 17th.

The lack of matchday revenue and declines in broadcast revenues will no doubt hit this list hard next year, while other considerations to take into account are among which teams did or didn't qualify for the Champions League.

In terms of which of the big leagues are doing the best financially, seven Premier League clubs are in the top 20, while there are four from Germany, three each from Spain and Italy, while France has two teams and Russia has one.

Via our partners in the UK at Sky Sports, here is a list of the top 20 clubs in 2019-20 based on revenue generated as it also shows their ranking and revenue increase/decrease compared to last season. Deloitte Football Money League 2019-20 top 20 rankings Deloitte football