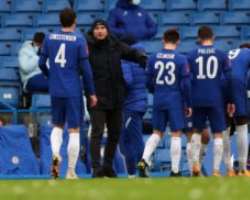 FA Cup draw results: Manchester United got the best of Liverpool to advance to the fifth round of the FA Cup on Sunday, joining nine other Premier League sides already through the round of 16.

The Red Devils will now host fellow Premier League side West Ham United at Old Trafford when the fifth round is played the week of Feb. 8.

Sixth-tier Chorley put up a valiant fight and gave Wolves all they could handle before eventually bowing out of the competition. Wolves are set for another all-Premier League tie as they take on Southampton, who beat Arsenal, at Molineux Stadium.

Leicester City dispatched plucky Brentford to set up a fifth round date and another all-Premier League clash with Brighton & Hove Albion. Everton – Tottenham is another potential all-PL tie, pending results still to be settled in the fourth round.