Napoli crush Fiorentina 6-0 to go third in Serie A 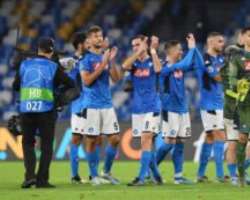 Napoli pummelled Fiorentina 6-0 on Sunday to take third place in Italy's Serie A as their inspired captain Lorenzo Insigne hit a brace and provided an assist.

The fast, diminutive Insigne struck clinically on five minutes and was unstoppable when he raced on the left flank to square for the third goal from Hirving Lozano.

Napoli's other striker Andrea Petagna set up Insigne's opener and also crossed for the second goal scored by Diego Demme.

Piotr Zielinski fired in off the left post to effectively wrap up matters by half time.

Insigne then converted a penalty kick, before a late effort from substitute Matteo Politano.

Napoli have a game in hand and sit six points behind leaders AC Milan, who close matchday 18 at Cagliari on Monday.