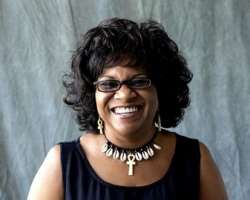 Cindy Ball has traveled to nine African nations in the past 20 years -- from Kenya to Nigeria, Botswana to Senegal -- which has given her plenty of time to ruminate on what it means to explore one's roots as an African-American.

Her interest in filmmaking led her to create the documentary "An African American Quest for Authenticity," in which she followed 21 people who had "repatriated" to the land of their ancestry, immersing themselves in the culture and finding out what it's like to live as an African.
Her film will be shown Saturday as part of the two-day Indiana Black Expo Film Festival at the Indianapolis Museum of Art's Tobias Theater.
Originally from Spartanburg, S.C., Ball lives in Indianapolis with her husband, Wes Barnard, and has three children and two grandchildren. In May, the longtime educator -- who has taught students from elementary school to college -- received a master's degree in digital storytelling from Ball State University. The 26-minute "An African American Quest" is the first in what she hopes will be a series of films.

What started your interest in the subject of "repatriation?"

What message are you trying to convey with this film?

My intention is to invite other people who have ancestry in other countries to explore their past. They can reconnect on a spiritual level and a physical level with that part of themselves.

What did you learn about yourself, or about African-Americans in general, that surprised you while you were making the film?

The thing that impressed me is that this connection to Africa is much more than a curiosity. It's much deeper than that. Most people remember Africans only as being brought here as slaves, but Africans were trading with Indians long before Columbus arrived here. For those who remember Africans as slaves -- the trauma they went through, the cramped conditions in slave quarters, coming over here on boats, and their mistreatment once they arrived . . . African-Americans still feel that today. We're (not that many years) out of the Civil Rights movement, and many of us still feel that.